Cornwall is famous for its long, sandy beaches, quaint villages, great restaurants and world-class attractions. But there’s much more to Cornwall than the standard list of tourism highlights. If you step beyond the usual holiday brochure recommendations, there are tons of secret places and hidden gems to be explored and enjoyed. Here are some of our favourite off-the-beaten-track places to visit in Cornwall. 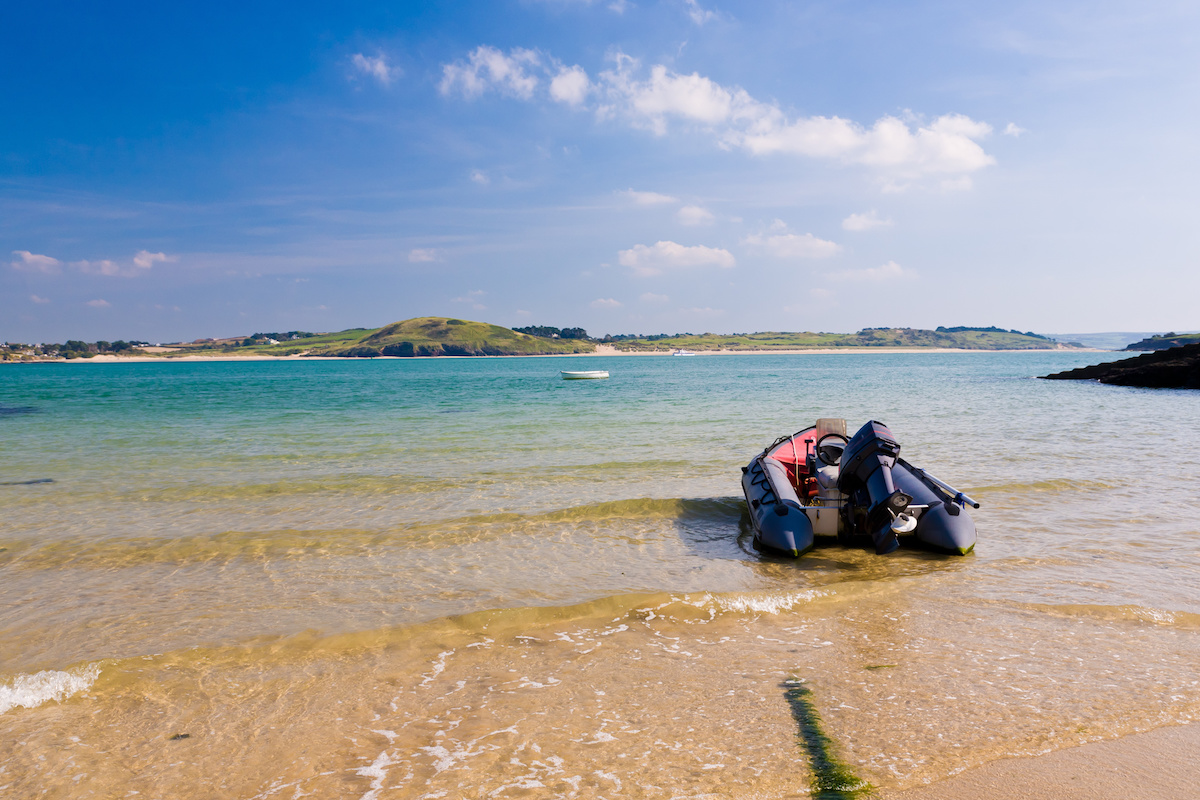 Just a short walk from Padstow is this gorgeous, white-sand bay near the mouth of the Camel Estuary. Sitting beneath the hulk of Stepper Point, Hawker’s Cove is a beautiful beach lapped by calm, shallow water popular with kitesurfers. It’s a great place to walk and take in the stunning views across the water to Daymer Bay and Polzeath. 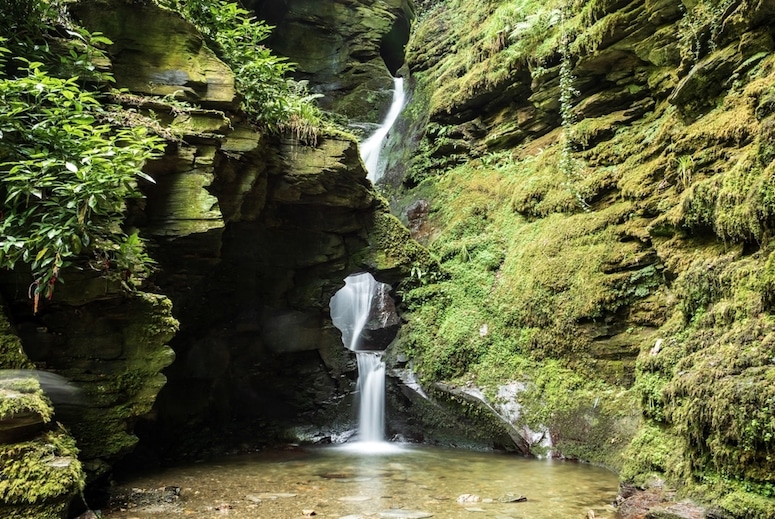 Located in Trevethy Woods near Tintagel, St Nectan’s Glen is a beautiful wooded creek on the banks of the Trevillet River. The glen boasts three waterfalls, including 60-foot St Nectan’s Kieve which plunges through a hole carved by the water into the rocks. The water here is said to have healing powers, so many people visit to soak up the magical energy as well as its beauty. 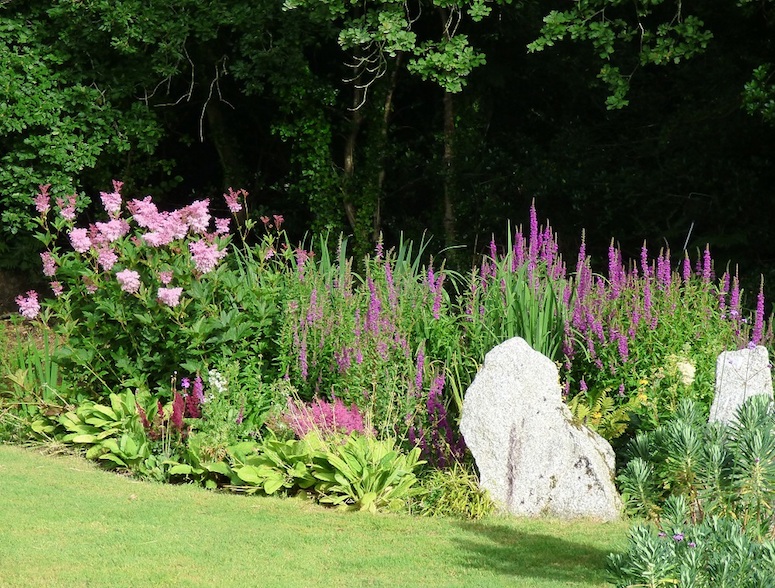 Cornwall has many large, well-known gardens, so this small, secluded garden near St Austell is something of a novelty. It’s a beautifully designed garden in a steep valley, where herbaceous perennials, shrubs and grasses mixed with collections of Agapanthus and Dahlias, as well as Japanese and Mediterranean areas. There’s also a cute, little tea hut that serves lovely homemade cakes. 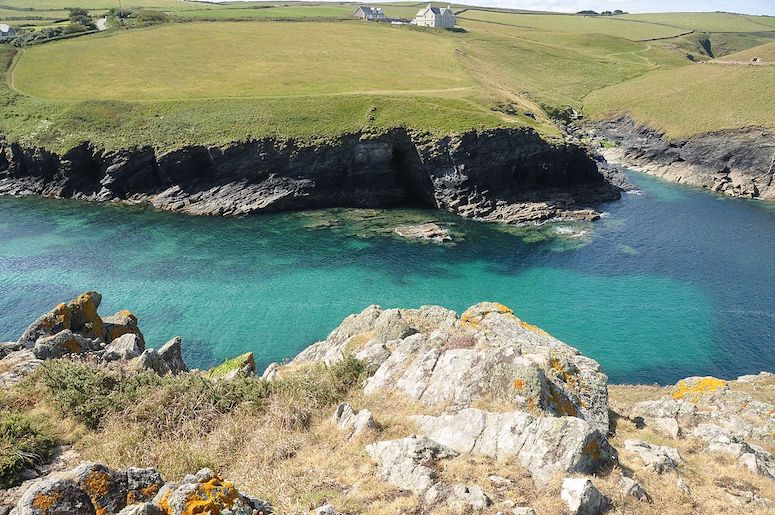 At Port Quin the sea ebbs and flows into a deep rocky inlet, which has served as a safe harbour for fishermen for centuries. The tiny hamlet was once the centre of a thriving trade in pilchards but is now a peaceful cove backed by historic fishermen’s cottages. It’s a lovely place for a swim and sensational walks along the coast. 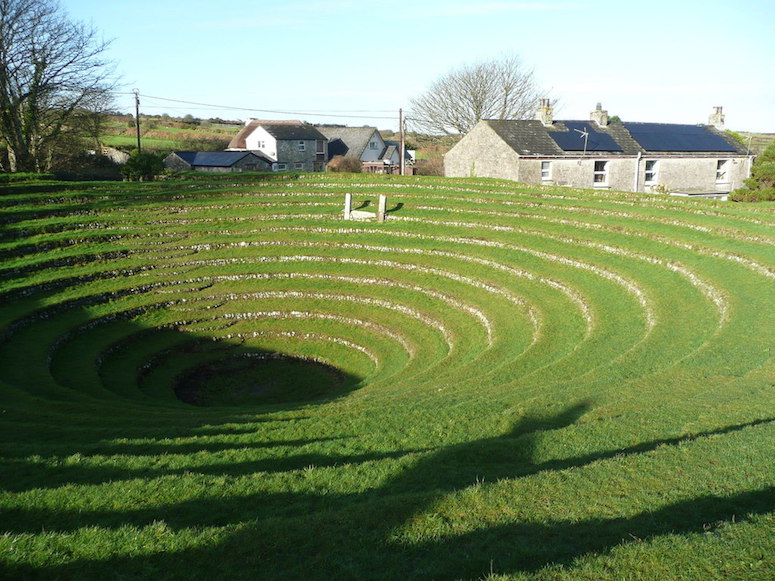 Positioned on the site of a collapsed mine shaft, Gwennap Pit was turned into an amphitheatre in the 18th century by Methodist preacher John Wesley. Seats have been carved into the rock around the pit which attracted masses of people for sermons in days gone by. The preaching pit is so large that a circular route from top to bottom measures a distance of one mile. 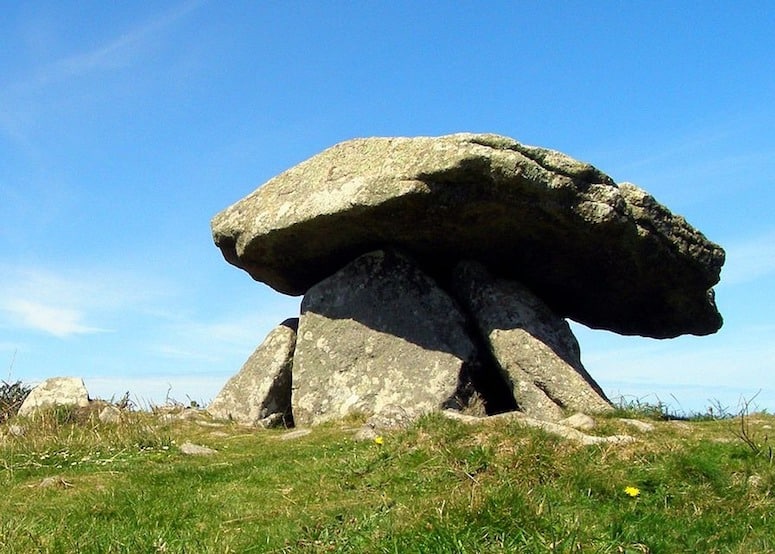 Cornwall is scattered with megalithic wonders and standing stones. They’re not on the same scale as Stonehenge, but they are still very impressive. Chun Quoit near Pendeen in west Cornwall is one of the best preserved quoits in the area. This amazing feat of Neolithic engineering features a large, round capstone that sits on top of an almost closed chamber of upright stones. 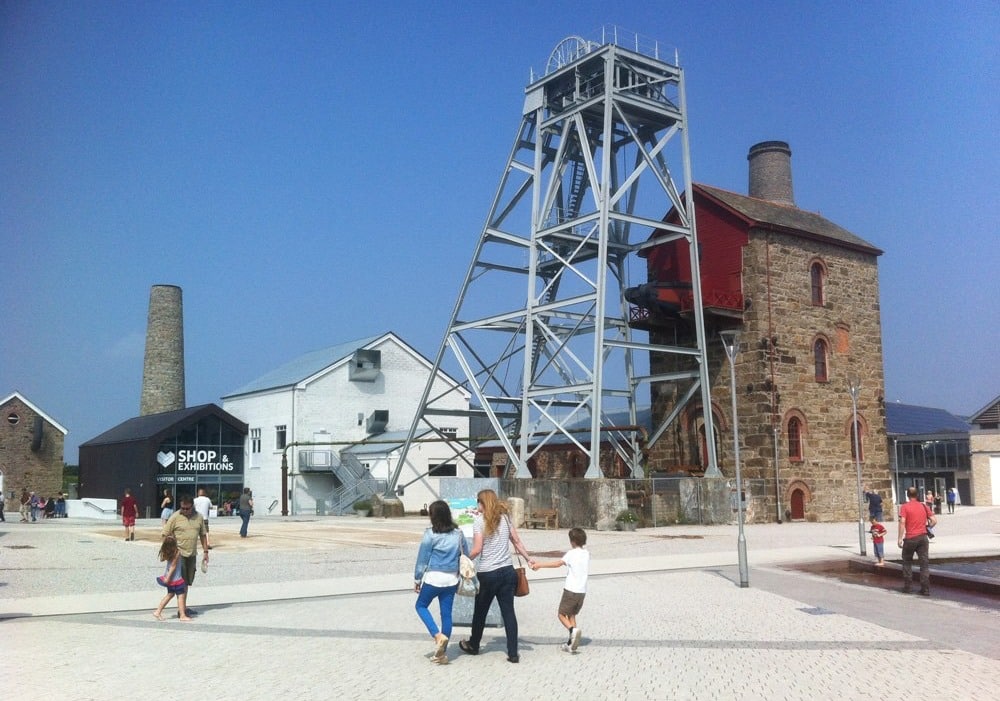 This educational park was created to allow people to connect with the local mining heritage in the heart of Cornwall in Pool, near Redruth. Here, a few of the old engine houses have been transformed into museum spaces where you can learn about Cornwall’s great mining past. There’s also a diaspora garden, commemorating the vast numbers of Cornish families, which travelled abroad to share their mining expertise in other parts of the world. Kids will love the enormous adventure playground at the site. 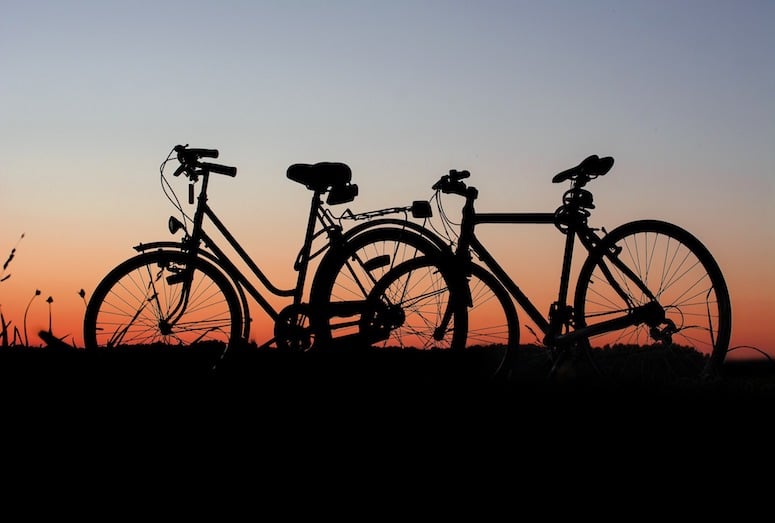 When the former A30 road was replaced with a new dual carriageway, Goss Moor was allowed to return to it’s natural wilderness of peatland and lowland heath. It’s possible to hire bikes and ride through parts of this large nature reserve on a specially designated cycle trail. The six-mile loop of gently undulating off-road trail is great fun for kids of all ages. 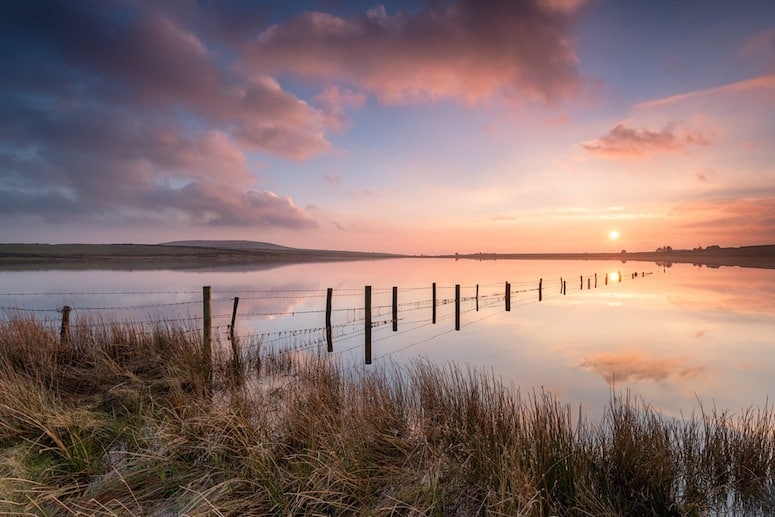 Dozmary Pool is a small lake on Bodmin Moor that has forever been linked with myth and legend. Local people once thought the pool to be bottomless. And it is also believed to be the spot where the hand of the Lady of the Lake rose up to receive the Excalibur sword from King Arthur after being fatally wounded in battle. 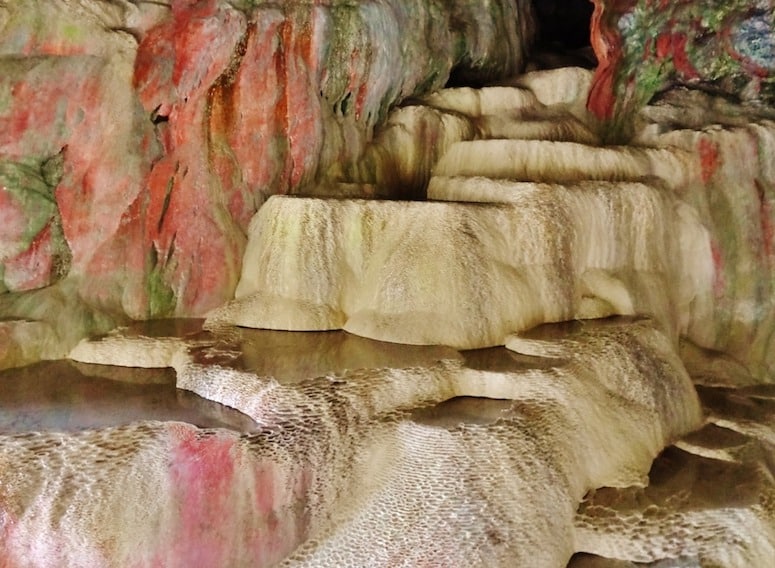 This amazing cave can be found at low tide on the beach at Holywell Bay. The entry is via a narrow slit in the rocks, where some steps lead up to a multi-coloured grotto of water smoothed rock containing a collection of small pools. Also known as St Cuthbert’s Cave, the natural wonder has been formed over millennia by a natural spring seeping down through the roof of the cave and over the rocks.

See Cornwall’s hidden gems for yourself

Take a tour of Cornwall’s secret spots on your next visit to Cornwall. Check out our full range of properties for places to stay in and around Padstow, which is centrally located for exploring Cornwall’s hidden gems.