Doc Martin has been back on TV screens this autumn giving the nation another large dose of spectacular Cornish scenery. Alongside BBC TV’s Poldark, the ITV comedy drama has done wonders for Cornish tourism as people are drawn to Cornwall to discover the beautiful locations depicted on screen. 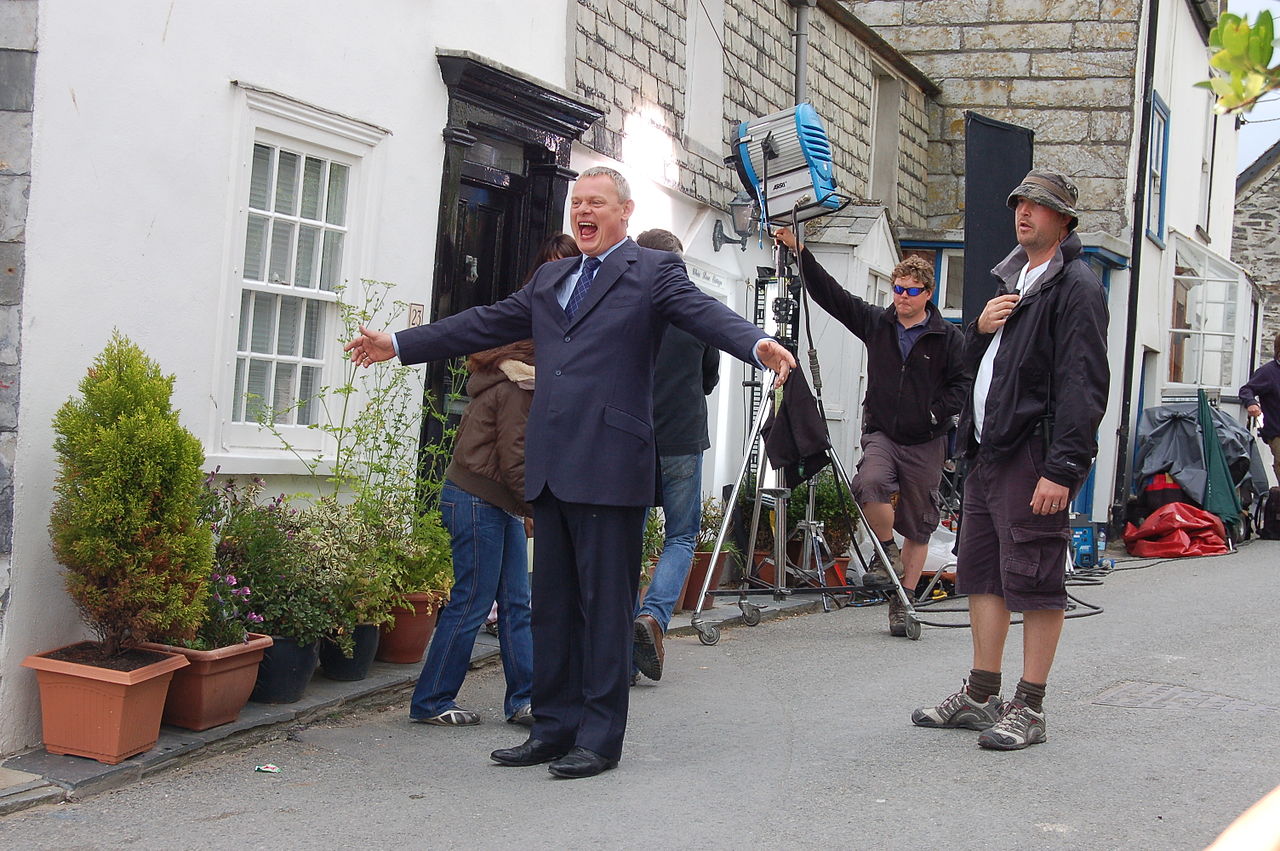 Martin Clunes on set as Doc Martin in Port Issac. Photo by Richard Hall and licensed for reuse under this Creative Commons Licence.

Now in its eighth series, Doc Martin follows the lives of characters in the fictional village of Portwenn and is centred around the grumpy doctor played by Martin Clunes. With his appalling bedside manner and poor social skills, Dr Martin Ellingham is an unlikely hero. But his curmudgeonly character and abrasive interaction with fellow cast members, amid stunning coastal scenery, has proved a hit with a nation of fans who love the warm and amusing script.

For holidaymakers looking to follow in the footsteps of Doc Martin and see some of the filming locations for themselves, Port Isaac and the surrounding countryside offers a whole host of places to visit. Here’s a list of the top Doc Martin filming locations in North Cornwall. 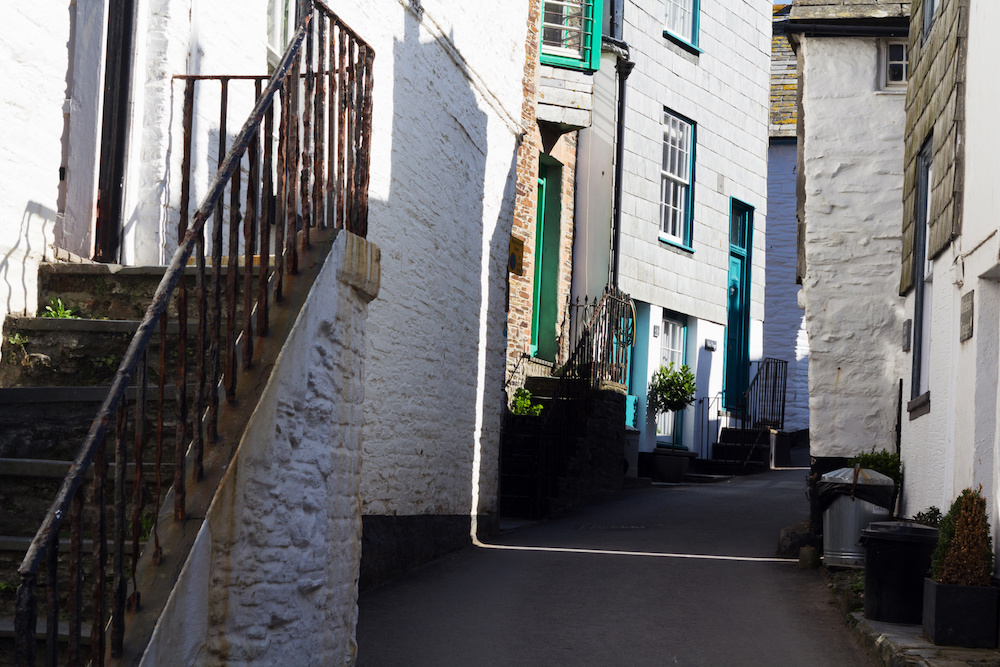 View down the old streets of Port Issac, Cornwall

The village of Port Issac is the setting for Portwenn. This scenic fishing village features heavily in the programme, and many of the exterior scenes are shot amid the narrow lanes and pretty fishermen’s cottages above the harbour. The outside of Fern Cottage on Roscarrock Hill doubles as the doctor’s surgery, while internal scenes are shot at nearby Roscarrock Manor Farm. Also in Port Issac, the Liberal Club is used for the village shop and the Golden Lion features from time to time as the local pub. 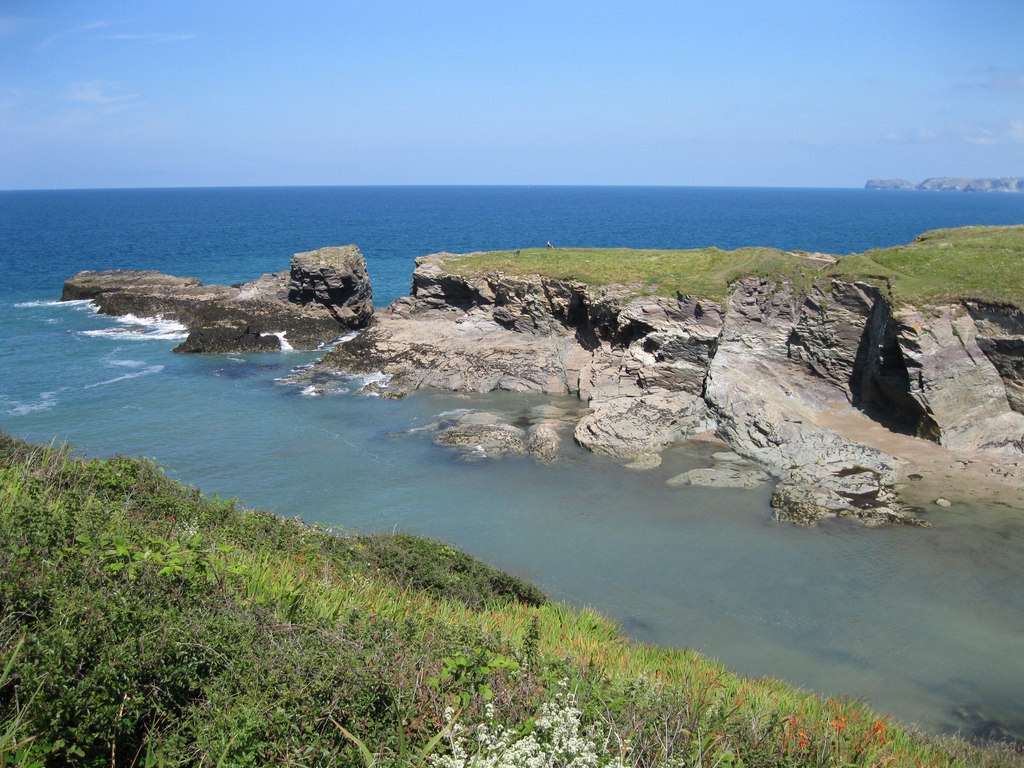 The rugged, narrow cove of Port Gaverne. © Copyright Bob Jones and licensed for reuse under this Creative Commons Licence

Much of Doc Martin’s appeal is down to the stunning Cornish landscape it features on screen, and this is best seen in and around Port Gaverne. This small cove is surrounded by rugged, wave lashed cliffs, and is the location for many of the beach scenes used in the series. The area is great for walking and for taking in the beautiful scenery on this dramatic stretch of coast. 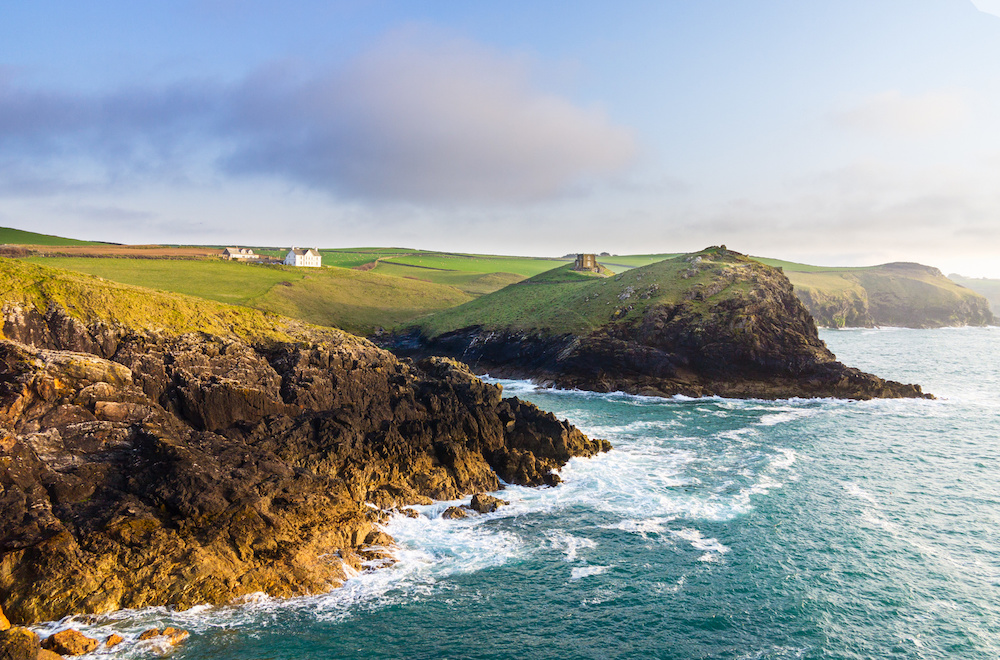 This castle styled house is known as Pentire Castle in the show and has been the location for several memorable scenes in the popular series. The property is located on a cliff-top, close to the cove of Port Quin, and is well worth the tough stroll up from Port Issac. 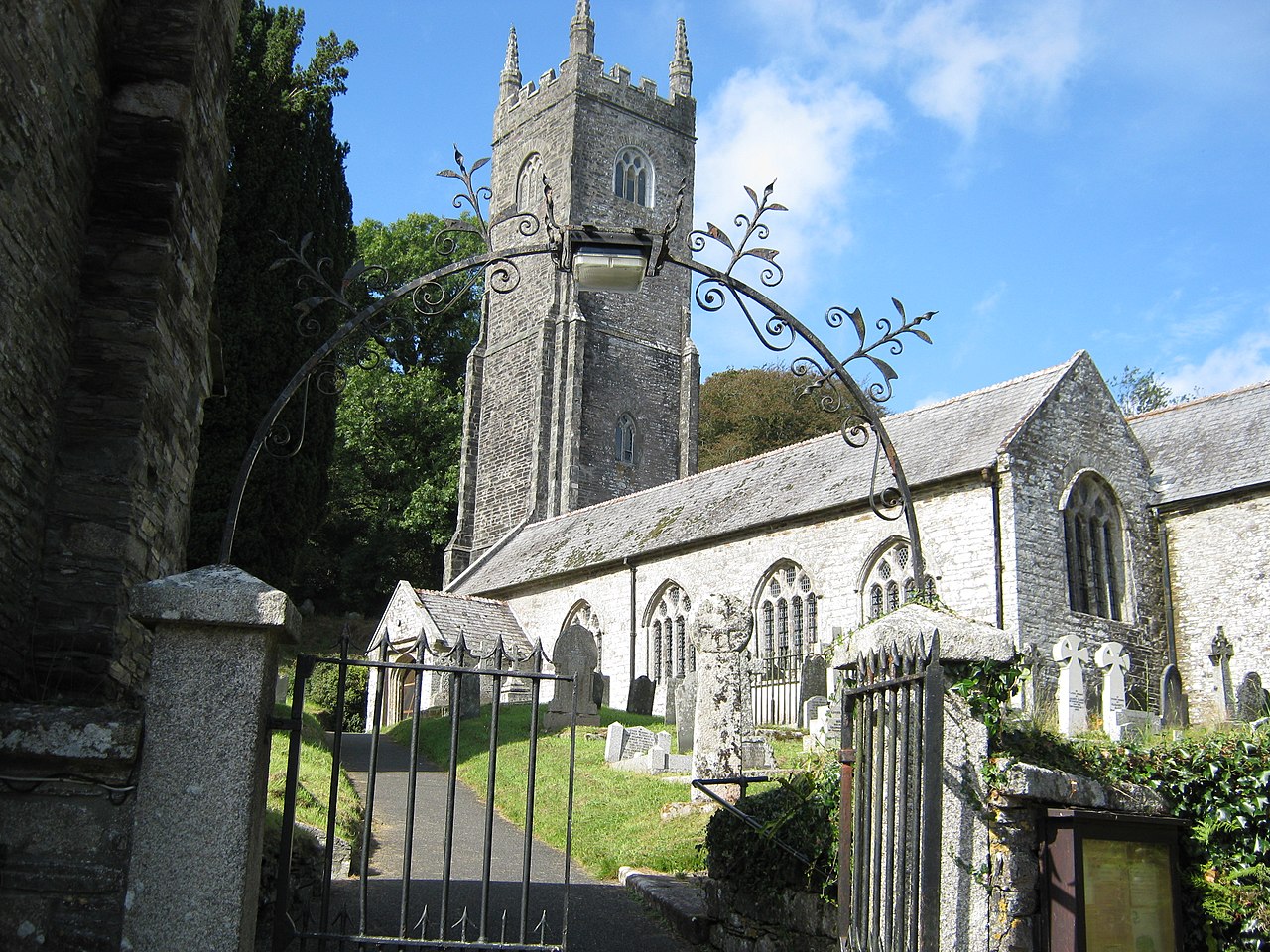 Doc Martin was famously jilted at the altar at this beautiful church in Altarnun on Bodmin Moor, before finally tying the knot to his beloved Louisa here in a later episode. Known as the ‘Cathedral of the Moor’, this 15th century building is a big village church with many impressive, historic features. 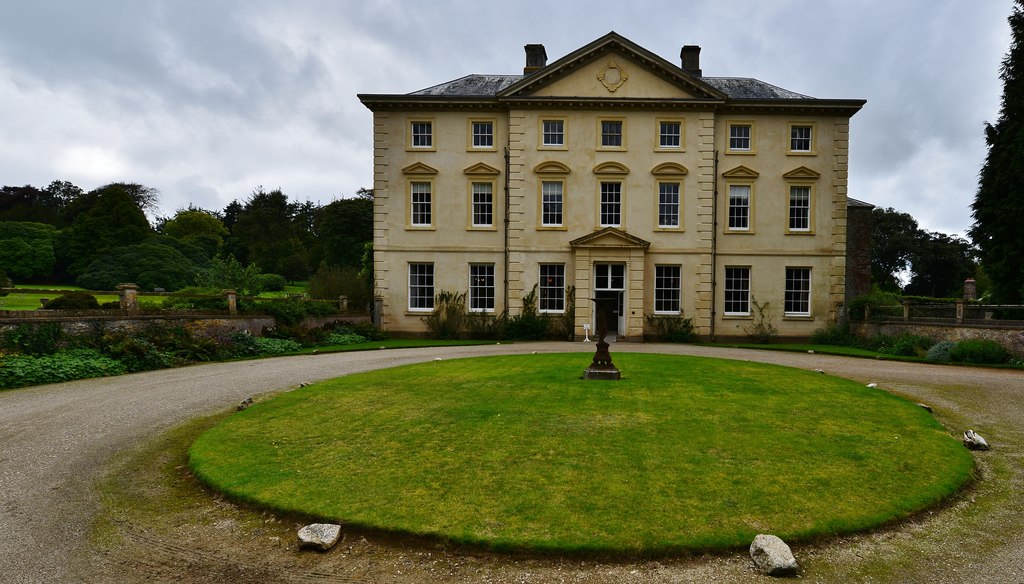 Pencarrow House near Bodmin. © Copyright Michael Garlick and licensed for reuse under this Creative Commons Licence.

Pencarrow House is a Georgian mansion near Bodmin, which is open for visitors for tours of the house and gardens. This stately home, which has been owned and occupied by descendents of the Molesworth family since the 1500s, was the setting for Martin and Louisa’s first date when they attended a classical concert in the grounds. 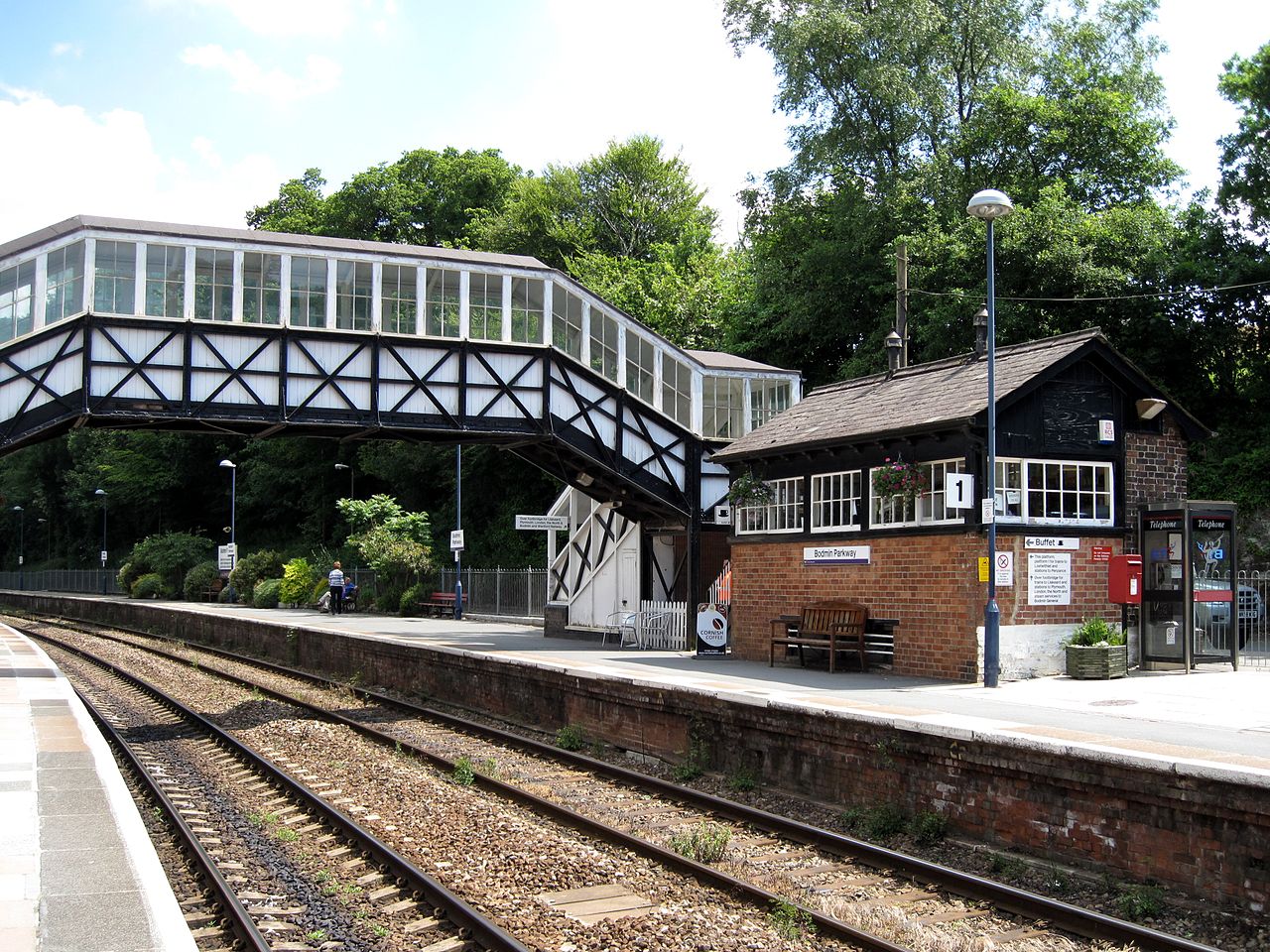 Bodmin Parkway Station. By Olaf Tausch GFDL or CC BY 3.0, via Wikimedia Commons

This old-fashioned railway station, which just happens to be the closest to Port Issac, featured in an episode that introduced Doc Martin’s parents to viewers. Still a working railway station today, with regular connections between Penzance and London, it is nestled in verdant countryside on the edge of the National Trust’s Lanhydrock Estate. 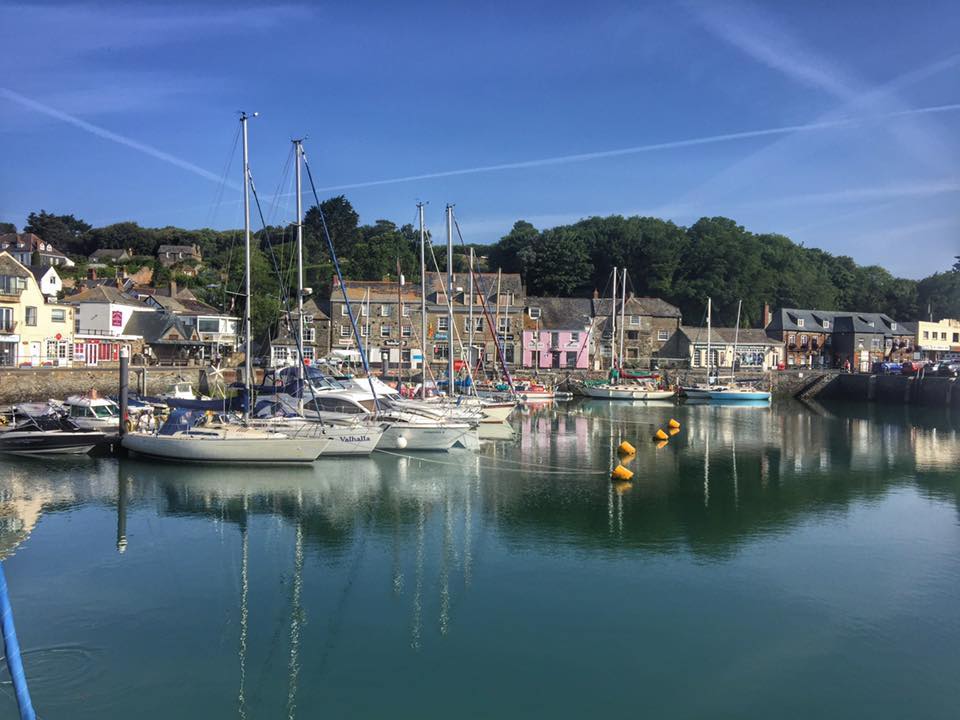 The film crew has also been known to visit Padstow on occasion, most notably when a yachtsman, who turned out to be an old flame of the Doc’s Aunt Joan, came ashore in need of medical assistance.

Needless to say, Port Issac is an extra special place to stay for a holiday. Not only is it a terrific place for Doc Martin fans, it is unbelievably beautiful and romantically Cornish. Luckily we have a number of idyllic cottages in the heart of the village, where you can relax in comfort and enjoy the unique character of this lovely location which features so heavily in Doc Martin. For more information, see our Port Issac properties here.