Poldark is back on our screens. The BBC drama set in 18th Century Cornwall has done wonders for local tourism. The on-screen adventures and mishaps take place against a backdrop of dramatic Cornish scenery which is oozing with beauty and romanticism. The tales of Captain Ross Poldark and his mission to turn-around the ailing fortunes of his father’s estate have proved immensely popular with viewers and sparked something of a pilgrimage to the far South West. Inspired by the staggering beauty of the Cornish landscape relayed into their living rooms on Sunday evenings, Poldark fans are making their way down to Cornwall in their droves to connect with the Poldark saga and the filming locations used in the series.

The BBC shoots its scenes for Poldark all over Cornwall. VisitCornwall has a great interactive guide and mobile app for Poldark obsessed visitors. In our own corner of Cornwall – in and around Padstow – there is a selection of stunning spots which have made it onto the A-list of settings used in Poldark. 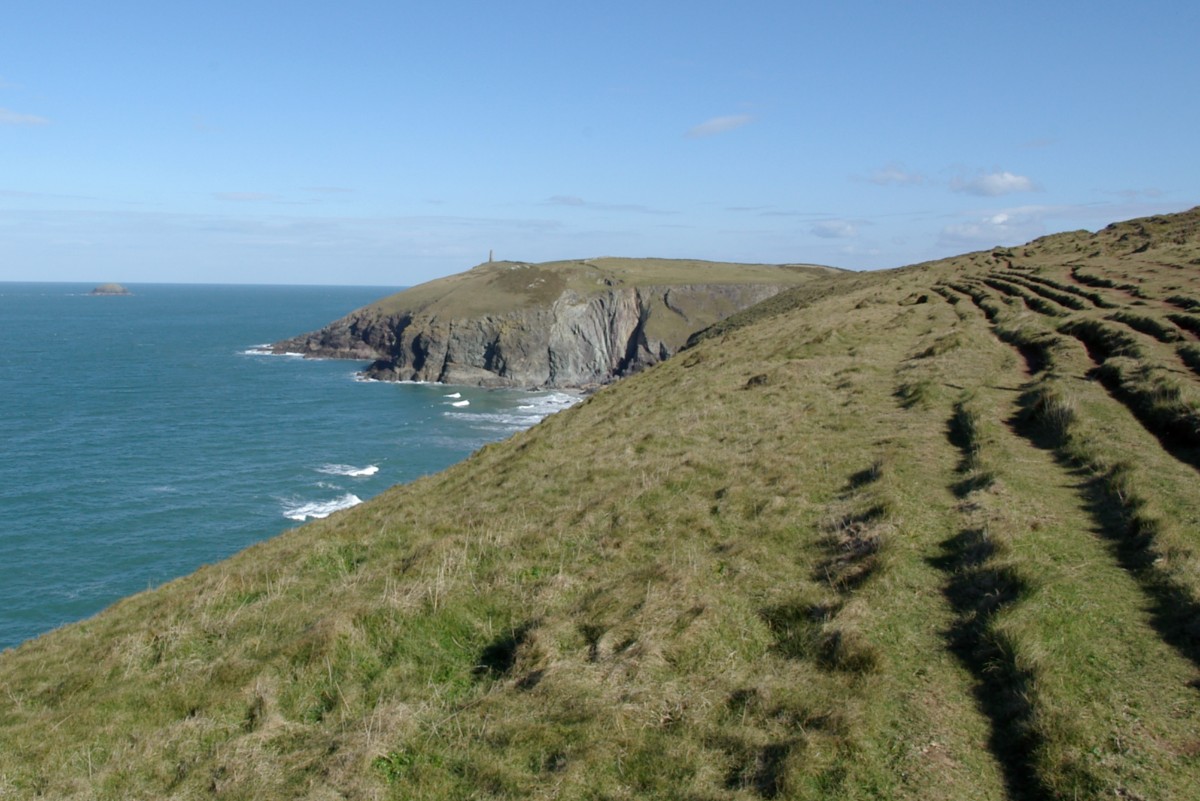 In the latest series the spectacular headland at Stepper Point, just outside Padstow, was used for some of the most dramatic scenes of horse-drawn carriages hurtling across the cliff tops. During these scenes, viewers were treated to footage of the rugged coastline with views across the mouth of the Camel Estuary. When the film crew is not here, it’s a wild and tranquil place with steep cliffs and swirling seas. Sheltered Tregirls Beach on the shore of the estuary has also made an appearance in the TV show. 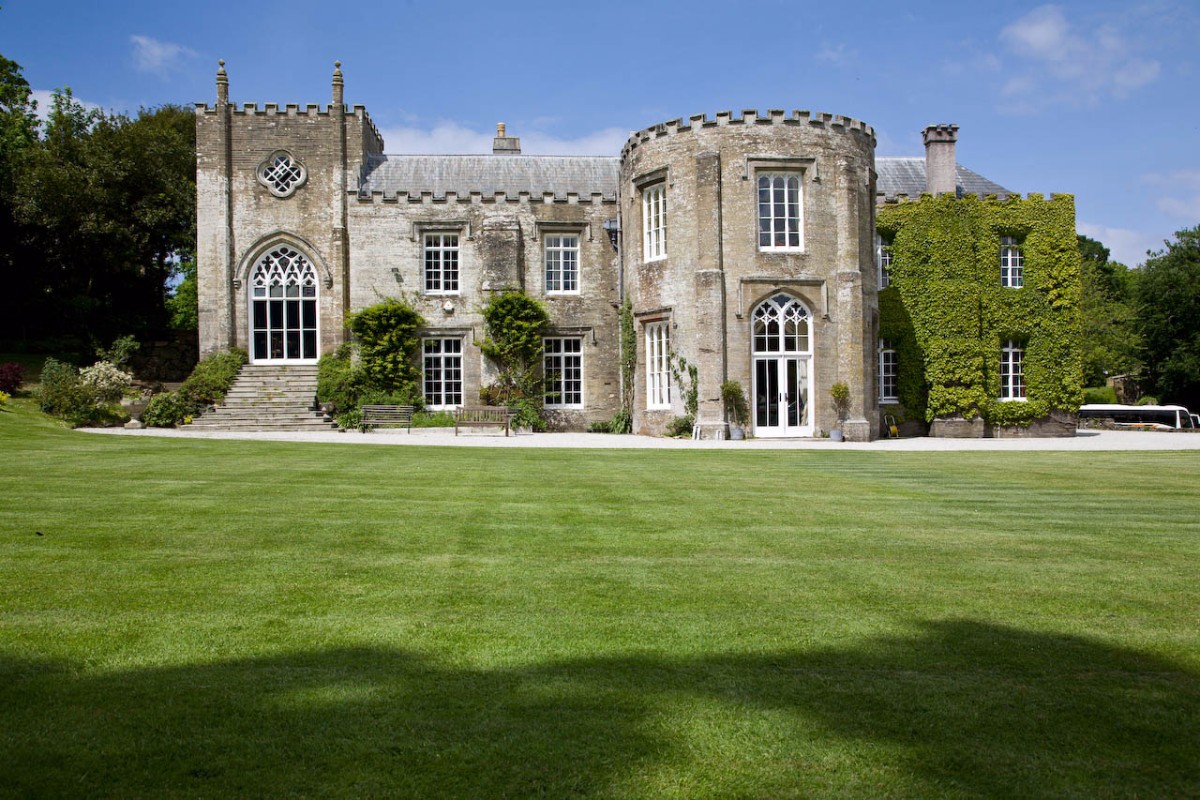 Poldark is based on a series of novels written by Winston Graham. The 20th Century author lived a large chunk of his life in Cornwall and many of his novels are set in the Cornish landscape. Over the years he became a great friend of the Prideaux-Brune family and was a regular visitor to the Prideaux Place. Although the house has not yet appeared in the TV programme, the estate which stretches as far as Stepper Point has featured regularly. At Prideaux Place you can tour the house where Graham was a regular visitor and worked on at least one of his Poldark novels. 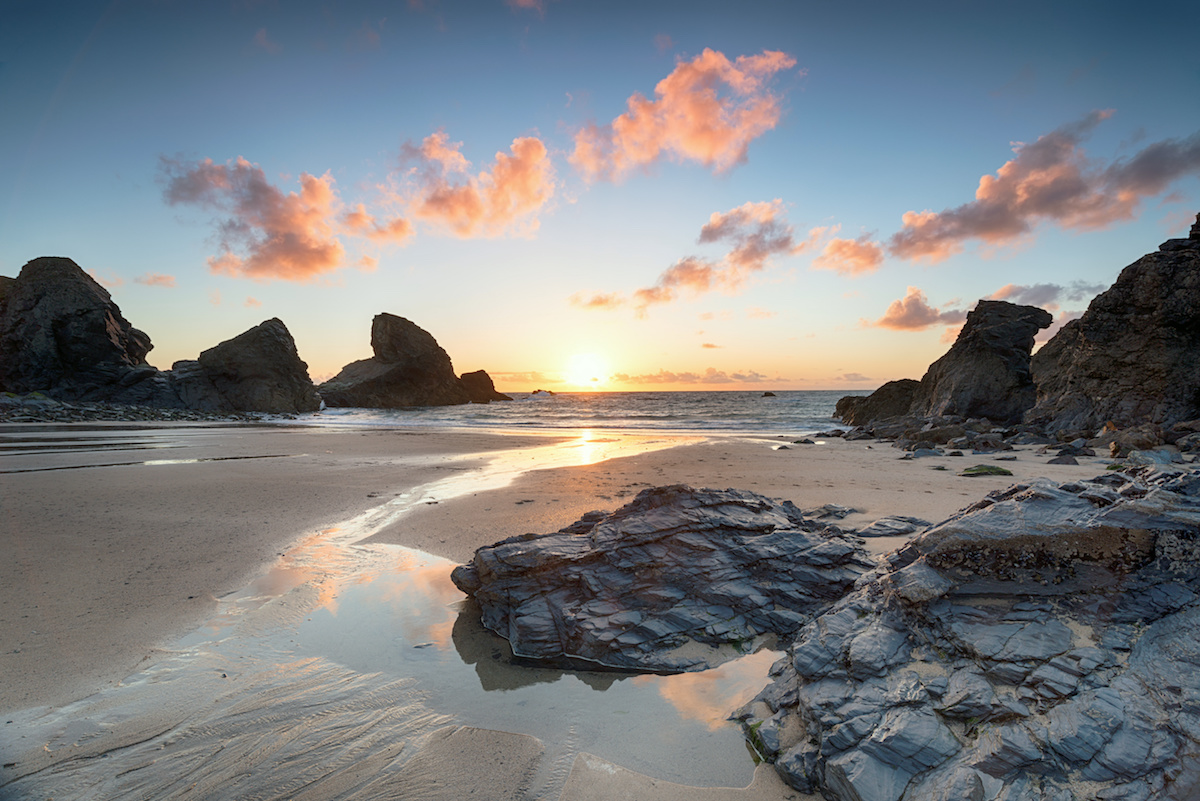 Porthcothan Beach, a narrow, sandy cove with distinctive rock formations, backed by grassy sand dunes, has been used for landward shots of Nampara as well as doubling up as Hendrawna Beach. This is a lovely beach to relax and soak up the scenery while imagining Aidan Turner as Ross Poldark pulling his boat up to shore. 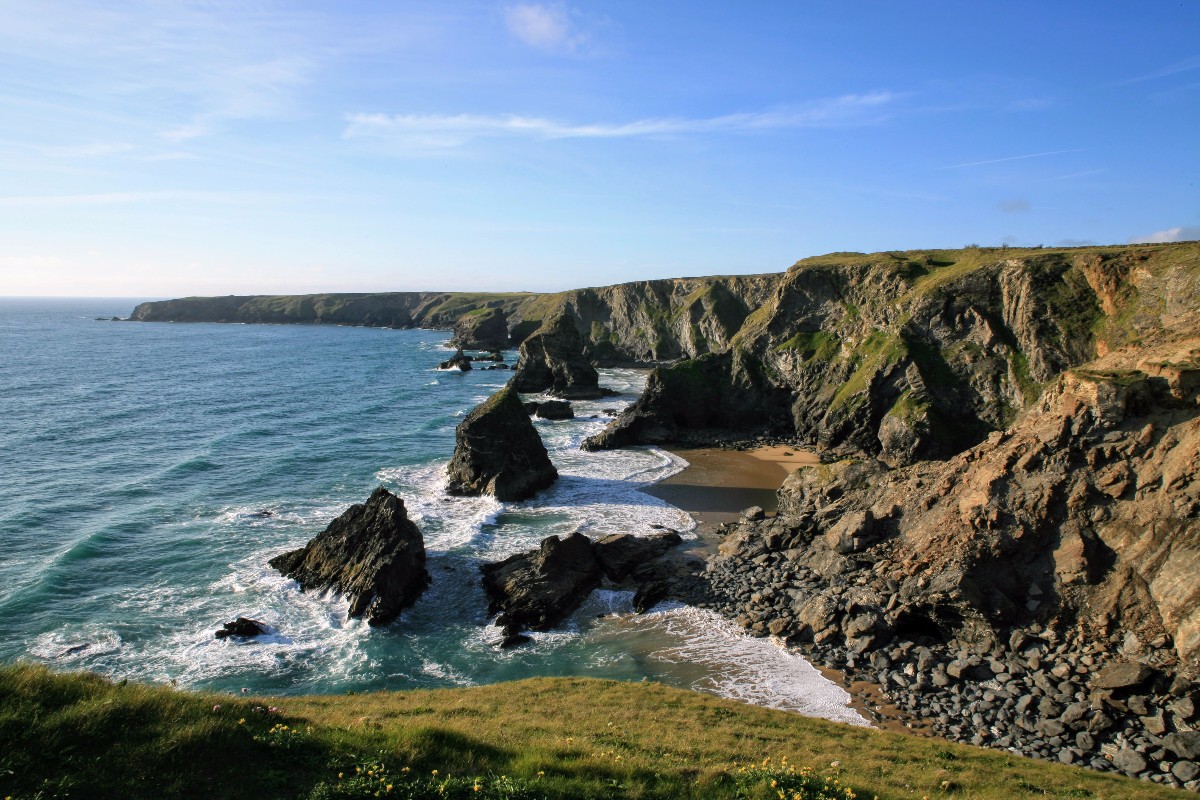 This National Trust headland with its high cliffs and stunning views across to the towering sea stacks at Bedruthan Steps is a natural scenic screen star. It’s here that the Poldark team shot some of its most famous scenes featuring Ross galloping on horseback across the cliff tops. The rocky headland extends far out into the sea, giving fine views up and down the coast. 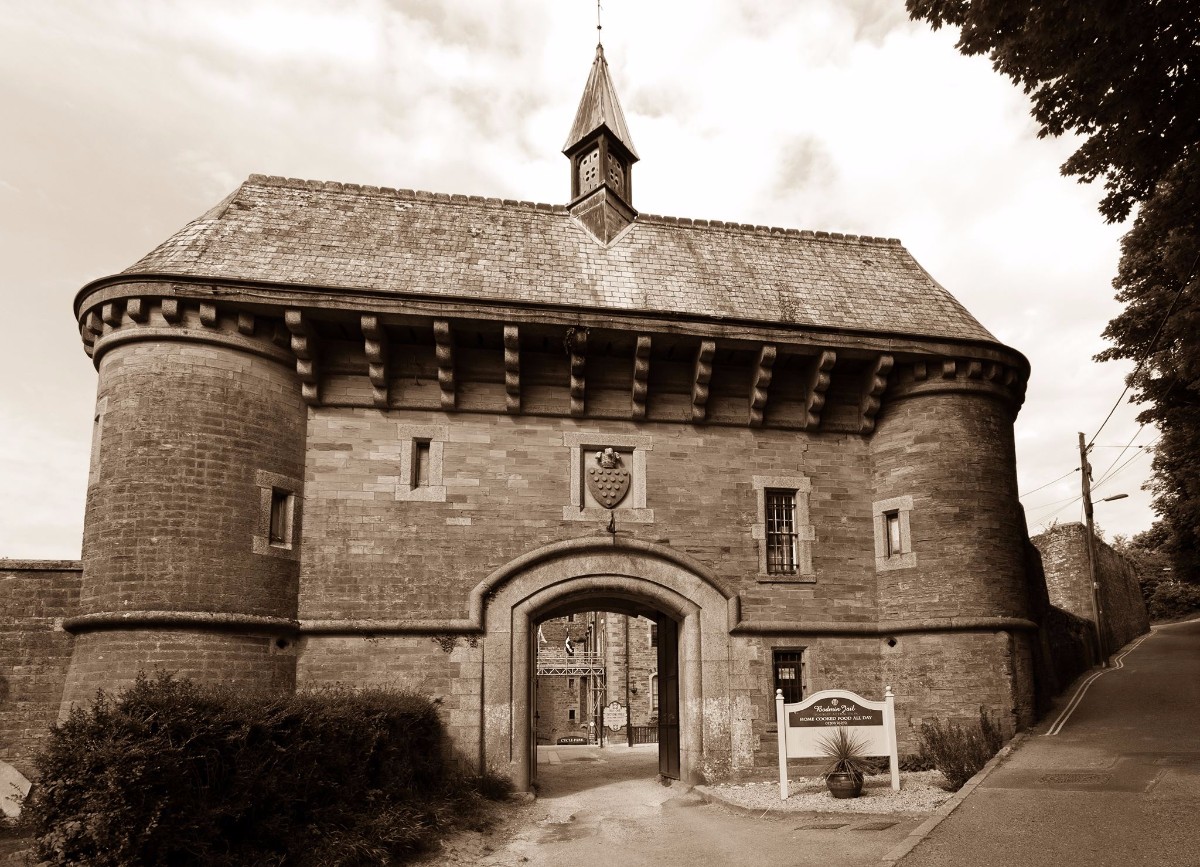 When Ross went to the aid of a friend who had been imprisoned, he rode up to Bodmin Jail which was a real prison for nearly 150 years until its closure 1927. The jail is now a visitor attraction where visitors can follow in the footsteps of our dashing hero and learn about its unique history and ghastly past. 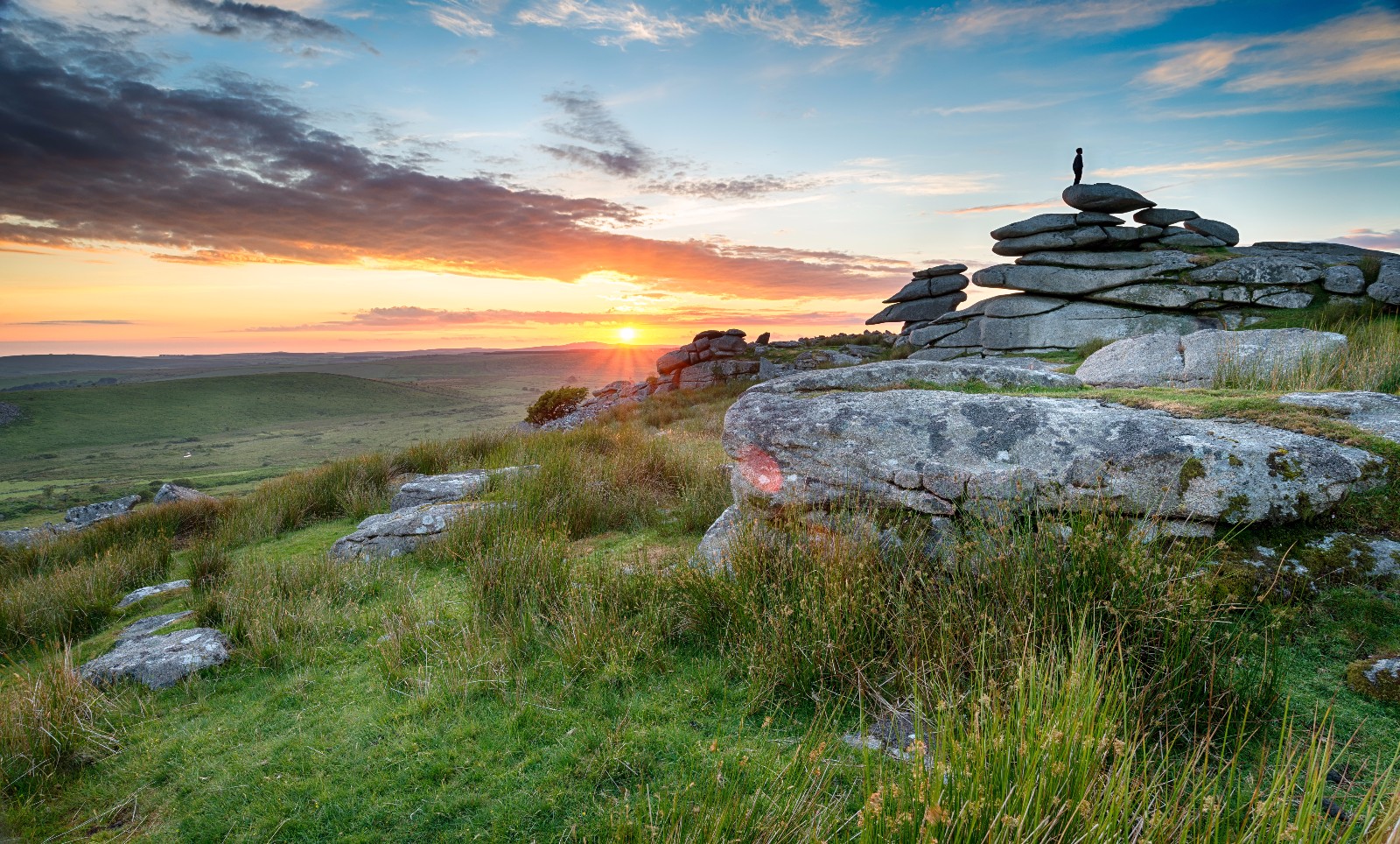 Wild and rugged Bodmin Moor has been used as a backdrop for many Poldark scenes. It’s here where the exterior of Ross Poldark’s cottage Nampara is shot, as well as many of the show’s famous horseback scenes. Visiting Bodmin Moor is like stepping back in time onto the set of the costume drama. The remote moorland, punctuated by rocky tors and old mine engine houses, is steeped in history as rich as the Poldark tales themselves.

Thinking of following the Poldark trail? Then why not base your adventures in Padstow on the north Cornwall coast? See our properties section to find the perfect holiday home for your stay.