Which are the Oldest Pubs in Cornwall?

Cornwall is rich in historical sites and monuments. Each year, visitors flock to historic sites of interest, which include neolithic stone circles, castle ruins, fishing harbours and tin mines. But there is a lot of history wrapped up in the county’s pubs too.

As places to eat, drink, be merry and spin a yarn by a crackling fire, pubs have been at the epicentre of every Cornish community for centuries. Embodying local history and culture, many of the county’s pubs hold incredible secrets within their walls.

From crusaders to pirates, and travellers to ghostly figures, the oldest pubs in Cornwall are full of intriguing tales and exude warmth and charm, captivating all those who enter.

Those who like a tipple or two and a touch of history on holiday should make a pilgrimage to these taverns which include some of the oldest pubs in Cornwall. 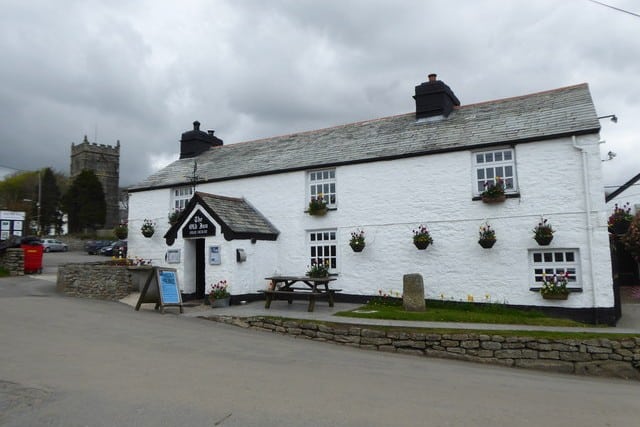 With walls askew and ceilings stooped, the aptly-named Old Inn in the moorland village of St Breward holds the title of Cornwall’s oldest pub. Dating back to the 11th century, the pub has provided welcome shelter and hearty fodder for locals and travellers for 1,000 years, a fact which definitely inspires some musing. Built at the time for monks busily constructing the nearby church, in more recent years the Old Inn has served as a meeting point for workers quarrying granite for famous landmarks such as the Eddystone Lighthouse, Tower Bridge and Princess Diana’s Memorial Fountain. 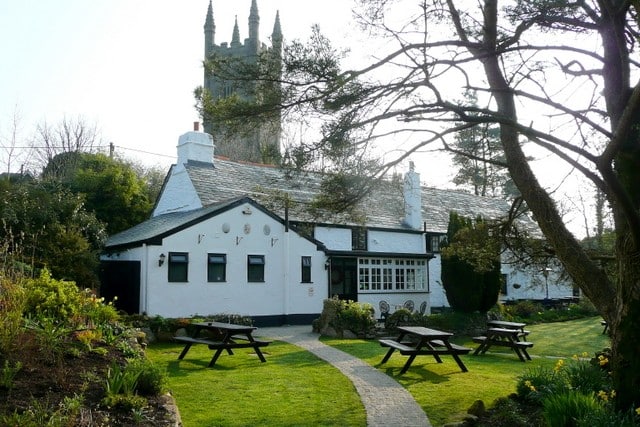 Set against the dramatic backdrop of Bodmin Moor, the Crown Inn in Lanlivery is a 12th-century country pub. Constructed along the Saint’s Way, the Crown Inn was another pub built to accommodate workers building one of the area’s churches – St Brevita Church. As part of their payment, builders were offered “mash”, a fermented drink with a strong taste and somewhat debilitating after-effects, including bleary eyes and painful heads. These days, the pub’s low-beamed ceilings, thick walls and cosy atmosphere make it as popular a choice as ever, although mash is no longer an option! 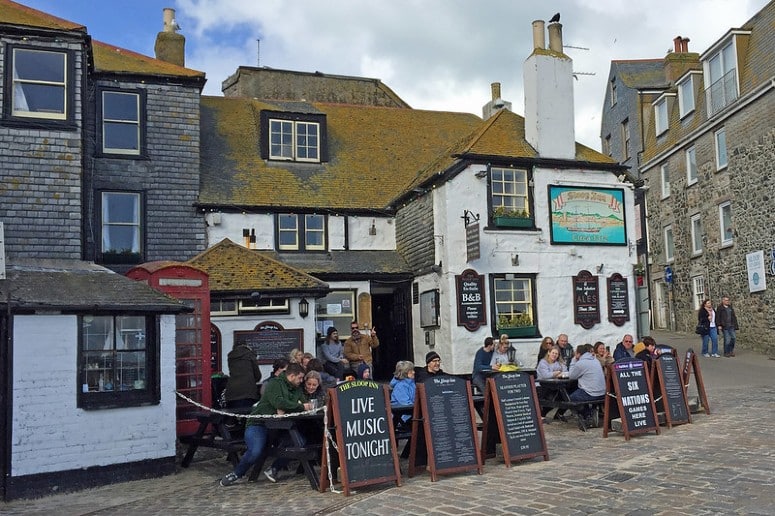 A familiar name in the annals of Cornish history, the Sloop Inn in St Ives is a must-visit in West Cornwall. Believed to have been a public house as long ago as 1312, the original building was destroyed and rebuilt between the 17th and 18th century. Perched atop the wharf overlooking the sea, it’s hard not to imagine the salty characters who would have once passed through the crooked doorways of this characterful pub, exchanging smuggled goods and hushed whispers in darkened corners by candlelight. 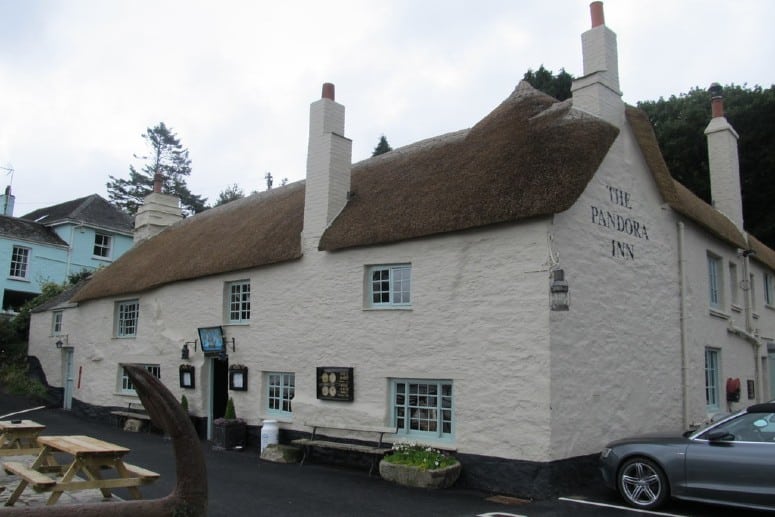 Sat alongside the picturesque Restronguet Creek, it’s easy to let the romance of the Pandora Inn carry you away as the water laps at the quay below. Once a simple farmstead, it was turned into a Passage House in the 13th century, given its convenient location on the old main road between Falmouth and Truro. Although in March 2011 the pub was devastated by a fire that ripped through the whole of the first floor, it was thoughtfully restored by its owners and today stands proud with its flagstone floors, low-beamed ceilings and thatched roof – a veritable portal into life all those centuries ago. 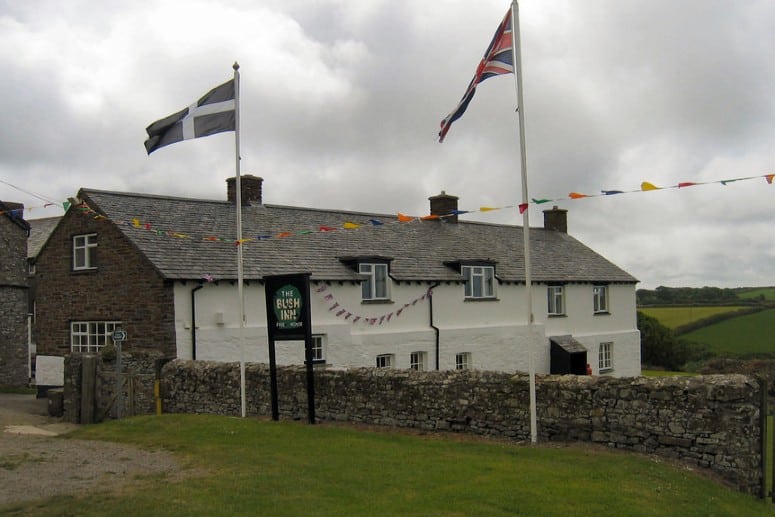 The story goes that the Bush Inn in Morwenstow has been a sanctuary for weary travellers since 940AD. Although its confirmed origin only dates back to the 1200s, it remains one of the oldest pubs in Cornwall and its uneven flagstones are positively seeped in history. In fact, some might say a little too much history. Rumoured to be one of the most haunted pubs in Cornwall, the Bush Inn has more than its fair share of tales of shadowy patrons – one of the most popularly recounted being about a ghostly sailor who resides by the pub’s staircase! 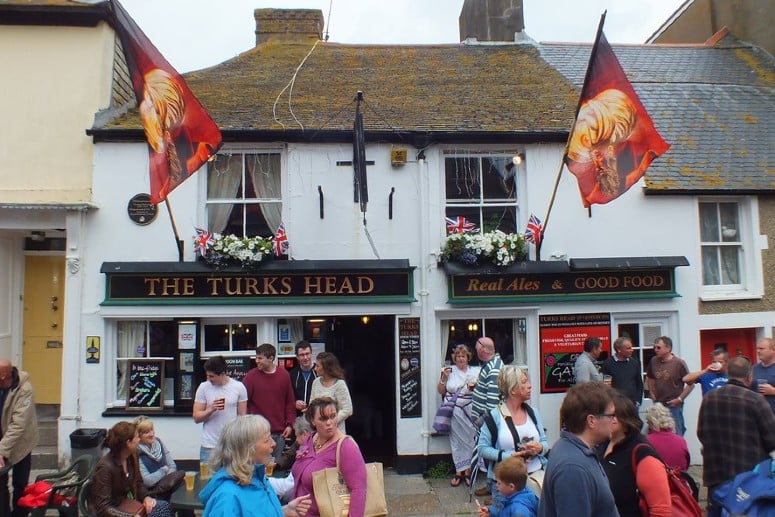 © Copyright Raymond Cubberley and licensed for reuse under this Creative Commons Licence.

Earning its name following the Turkish invasion of Penzance in 1233, the Turk’s Head is one of the most fascinating pubs in the UK. With its name hinting at a particularly gruesome beginning, trouble remained high on the agenda for this pub when it was partly burnt down by Spaniards during the Spanish invasion. Later, during the 17th century, the pub’s cellar was used to carry out illicit deeds, splintering off into an old smugglers’ tunnel leading directly to the harbour. Among its warren of corridors and tunnels, authentic priest holes have also been found in the Turk’s Head. Who knows what other secrets are contained within its walls? 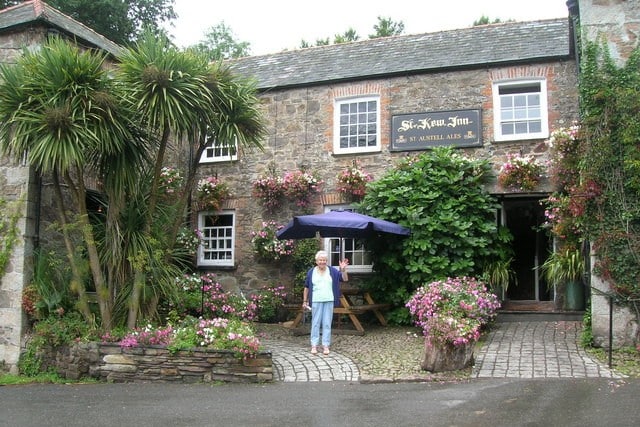 Although official records have long been lost to the passage of time, it is widely believed that the picturesque St Kew Inn was established for builders of the local church in the 15th century. Skilled masons, these craftsmen also knew a thing or two about beer, setting up their own microbrewery in the cellar! Officially licensed at the end of the 1400s, the pub has been a focal point of the community ever since. One former innkeeper, Abram Brown, ran the pub for 36 years from 1779 and his gravestone can still be found at the northern end of the south aisle of St Kew’s church. 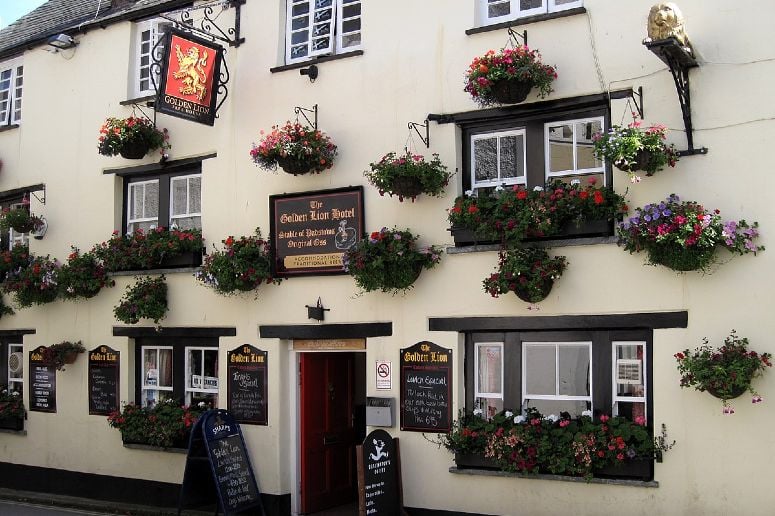 Photo by Olaf Tausch, CC BY 3.0, via Wikimedia Commons

Closer to home, Padstow also boasts its own historic pub in the form of the striking Golden Lion. Warming bellies and cheering souls for well over 400 years, this popular pub still bears many period features with open beams and exposed walls. Used as the stable for the ‘red ‘oss’ as part of each May Day celebration, it is a favourite haunt of both locals and visitors alike, where fishermen talk animatedly about what they didn’t catch and quietly about what they did catch, and local fare is served hot on plates piled high.

Book Your Stay in Cornwall

If you fancy a drink at one of these old pubs in Cornwall, you’re going to need somewhere to stay. Takes look at our fabulous selection of holiday properties in and around Padstow.