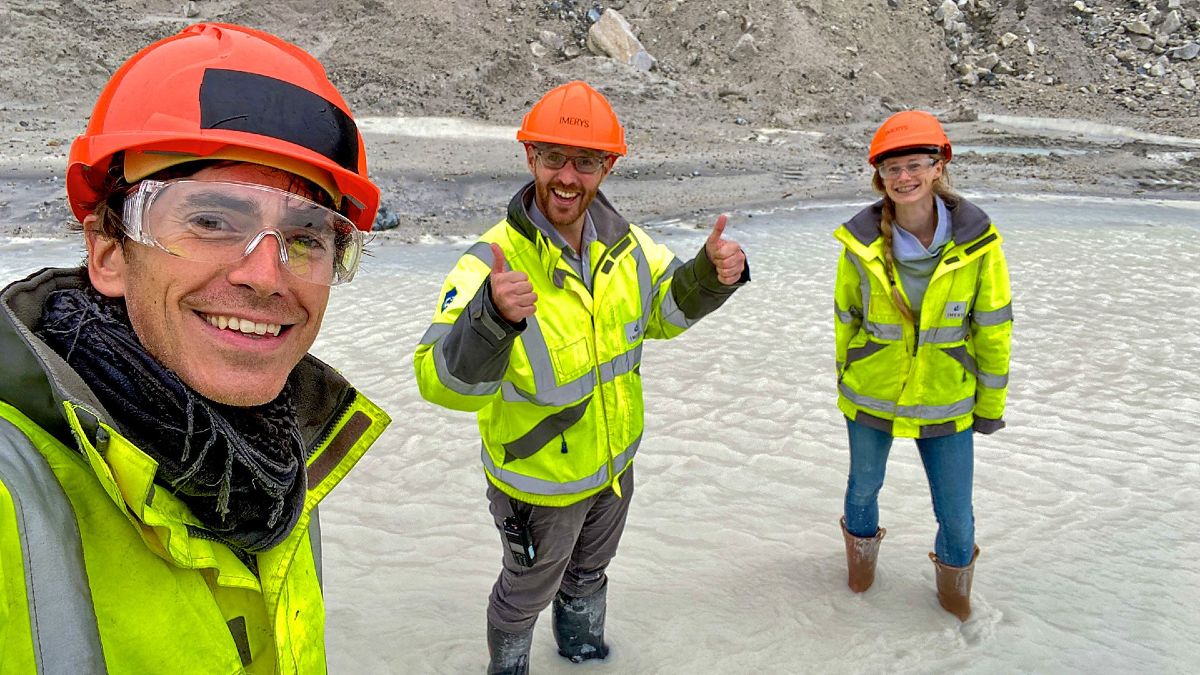 Simon Reeve, a Devonshire adventurer and real-life action man, has released a new documentary uncovering some of the lesser-known facets of life in Cornwall. Describing the county as a land shaped by “dramatic landscapes, romantic mythology, and epic legends”, Reeve dives beneath the surface (quite literally in some cases) of this sun-kissed county to discover what it is really like for those who live here.

The first of a two-part documentary (Reeve’s first-ever UK-based travel programme), Cornwall with Simon Reeve Part I journeys around central and north Cornwall. Contrasting some of the most famous glamour spots in the country with the harsher elements of the county’s lesser-known industrial heartlands, it makes for an interesting and poignant reflection of Cornish life.

So, which are the places featured in Cornwall with Simon Reeve, Part 1? 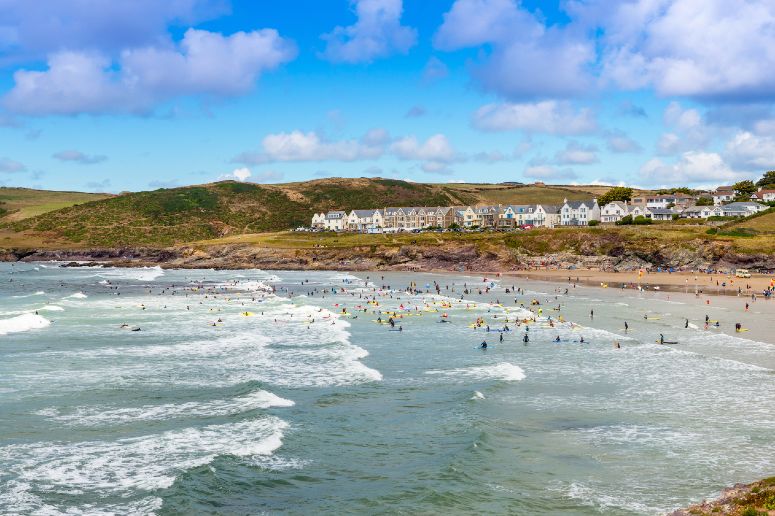 The first destination in Cornwall with Simon Reeve lands on the golden shores of Polzeath. Nestled behind a headland at the mouth of the Camel Estuary, Polzeath is home to a picturesque village and huge sandy beach. Once a favourite haunt of famous poet Sir John Betjeman, today this idyllic location beckons sun-worshippers and salt-tousled surfers looking to make the most of its soft sands and glassy barrels.

A group of youngsters looking to make their livelihoods in Polzeath, the Taco Boys were interviewed by Reeve. Former staff of the St Enodoc Hotel, the industrious friends decided to try their hand at their own business, investing in a wagon from which to sell their fare on Baby Bay, just north of Polzeath Beach. Starting out with a pop-up style operation, Head Chef Felix discussed the merits of the area alongside the realities of working in a county so heavily reliant on seasonal tourism – and the favour of the elements! 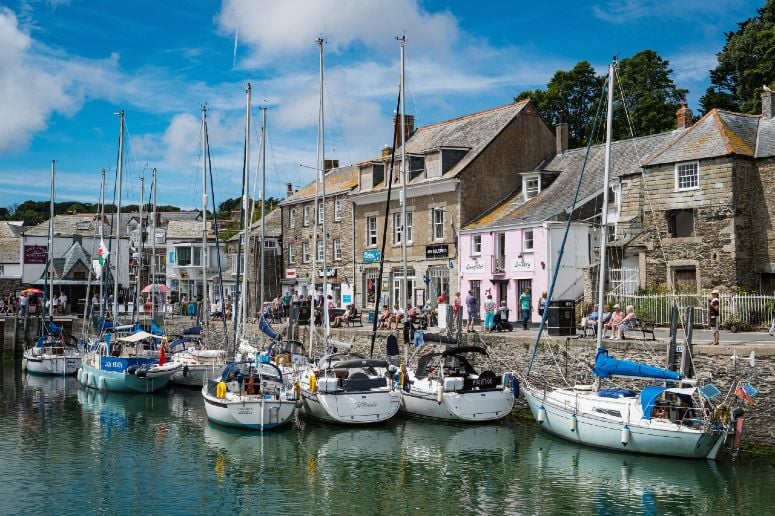 Perhaps the most famous destination featured in the documentary, Padstow was next on the list for Reeve. “An iconic holiday destination bristling with lovely restaurants”, Padstow is probably best known for its amazing selection of restaurants and delis. Attracting famous names from all over the country and producing some of the finest chefs in the county, Padstow’s glistening harbour throngs with activity in summer and the clatter of knives and forks on polished plates.

At the heart of Padstow’s foodie industry, though, is a hardy bunch of local fishermen who brave the seas to catch fresh fish. Interviewing local fisherman Johnny Murt, whose family has been fishing the area for four generations, Reeve talked shop with one of only 800 working fishermen still left in Cornwall. Johnny explained how his grandad used to work 250 pots a day with another man aboard his boat, whereas these days Johnny would be able to manage 500 pots by himself. Attributing man’s rapid success with the decline of fish stocks, the fisherman went onto emphasise the importance of low-impact, sustainable fishing techniques and minimal food miles for ensuring the future of this important Cornish tradition. 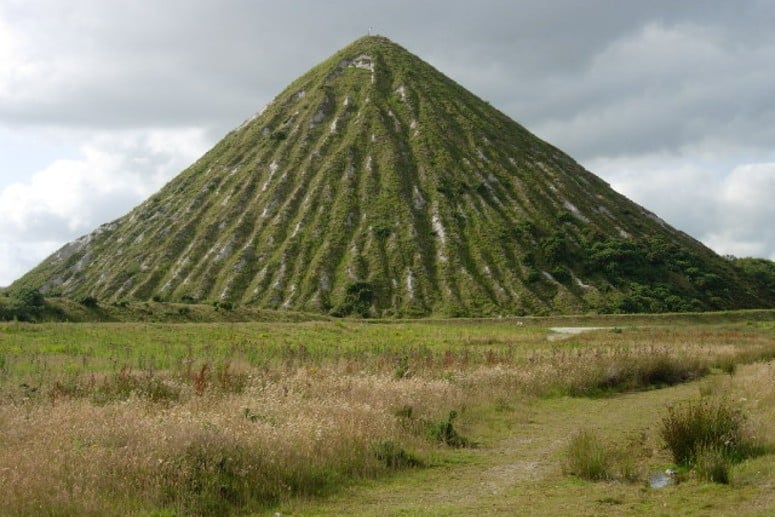 In the 18th century, the town of St Austell (10 miles south of Bodmin) was hugely connected with the nearby mine of Polgooth, once known as the greatest tin mine in the world. So abundant was the area in not just tin but other minerals too, that it became known as the richest square mile for copper that could be found anywhere across the globe. Shortly after in the mid-19th century the mining of China clay, or “white gold”, took over, and the area around St Austell became known as Clay Country.

The success and high profitability of the industry was the lifeblood of St Austell for a long time, providing huge numbers of jobs. That is until the China clay industry began to dwindle too. Meeting with Ben Thompson, Mines Manager for Imerys, at Little John China clay pit near St Austell, Reeve delved deeper in the area’s mining heritage. Thompson explained that generations of his family had been employed in the mines, and that the tens of thousands of people once employed in mining in Cornwall had now dropped to the hundreds. The Little John site, the biggest China clay mine in the world at 170 metres deep, is one of the very few remaining major industrial employers left in the county. 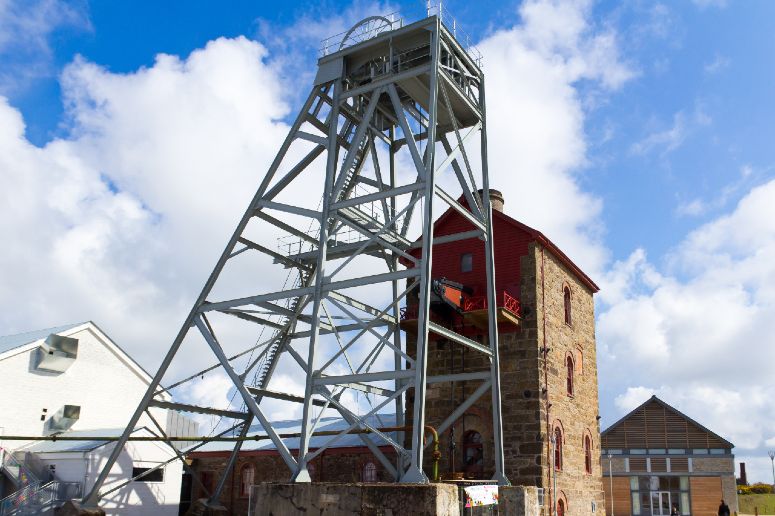 Following his trip to St Austell, Reeve moved onto Camborne, another town built on the back of mining. Meeting with local man Don Gardner, a former specialist engineer at Holman Brother’s Ltd and founder of Cornwall’s first independent food bank, Reeve began to uncover more of the dramatic impact the collapse of Cornwall’s mining industry had had on its communities. Based in Camborne, Holman’s was the county’s largest manufacturer of industrial equipment, even designing equipment for use of the Royal Navy during World War Two. At its height, the business was spread over three sites and employed thousands of people, but, as Don described, “when Holman’s died a lot of the town died with it”.

Just down the road at Pool, viewers were then given an insight into the workings at South Crofty Mine. In an optimistic bid for the redevelopment of the county’s mining industry, Chief Operating Officer at South Crofty, Owen Mihalop, discussed how reopening the mine could have enormous financial benefits for the county, employing thousands of locals and also raising incentives for the UK to invest in its own resources in a responsible manner “that doesn’t involve child labour or sponsoring conflict.” 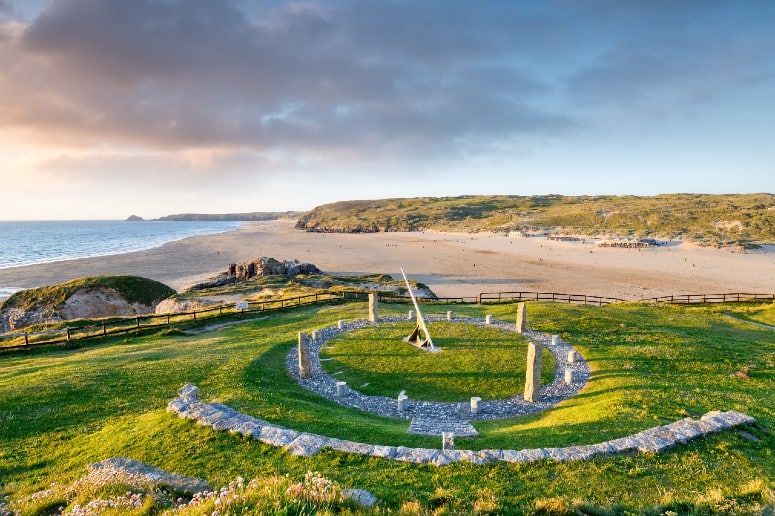 Emerging from Cornwall’s subterranean worlds, Cornwall with Simon Reeve Part I once again returned to the coast, this time to visit Davina Foster of Cligga Cliff Farm. Located near Perranporth, one of the county’s largest beaches with miles of golden sands, the clifftop site boasted incredible views over the sea and reminded viewers of the coastal allure that ignites such wonder in visitors and inspires those who live in Cornwall year-round.

Home to the UK’s only beach bar and restaurant and connected either side by the South West Coast Path, Perranporth is one of those incredible destinations that has universal appeal. A vast expanse of sand that grows with the ebbing tide, it calls to all those looking for a seaside sojourn. Somewhere that everyone can abandon realities for a moment or two, the North Cornish coast is a veritable paradise where minds can clear for a while and feet can paddle in the lap of the Atlantic Ocean.

See the destinations covered in the second part of Simon Reeve’s Cornwall programme.

If you’ve been inspired to visit Cornwall after watching Cornwall with Simon Reeve, then check out the wonderful holiday properties we have available to rent in beautiful locations in and near Padstow.