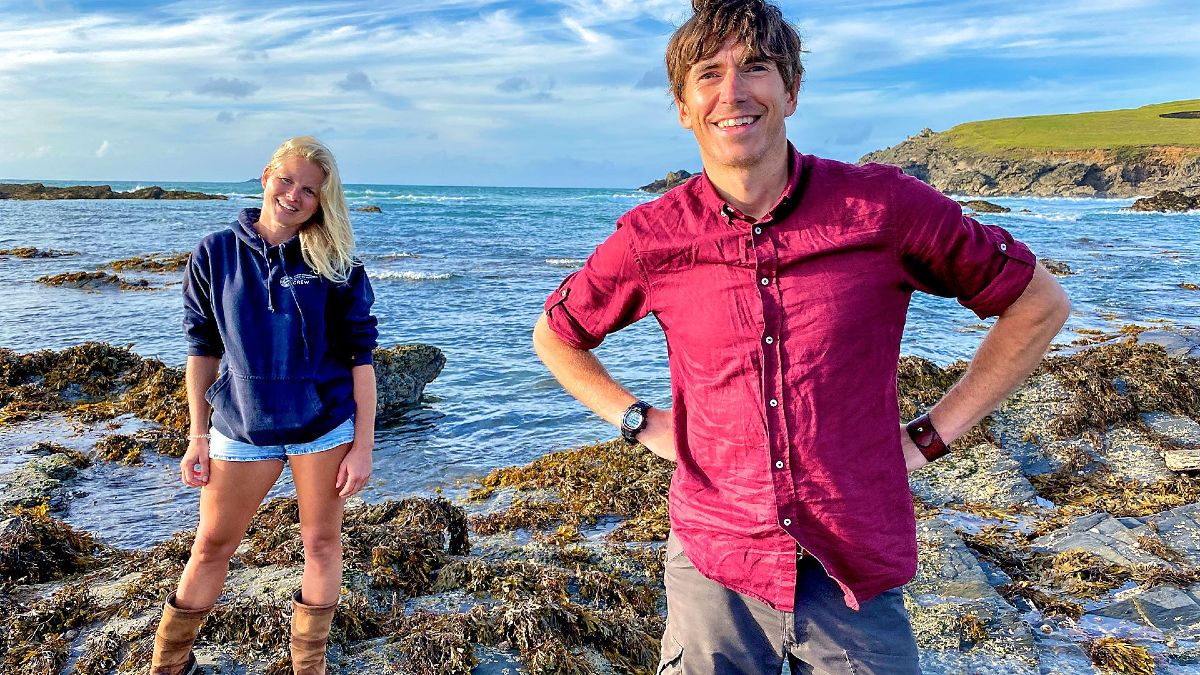 In Cornwall with Simon Reeve Part 2, the Devon-born adventurer, author and presenter tackled some of the county’s most pressing environmental challenges, from climate change to wildlife decimation to sea pollution.

This is the second of a two-part documentary all about Cornwall. You can watch the whole second episode on BBC iPlayer. You can read our previous blog post about Simon Reeve’s Cornwall Destinations Part 1 here. 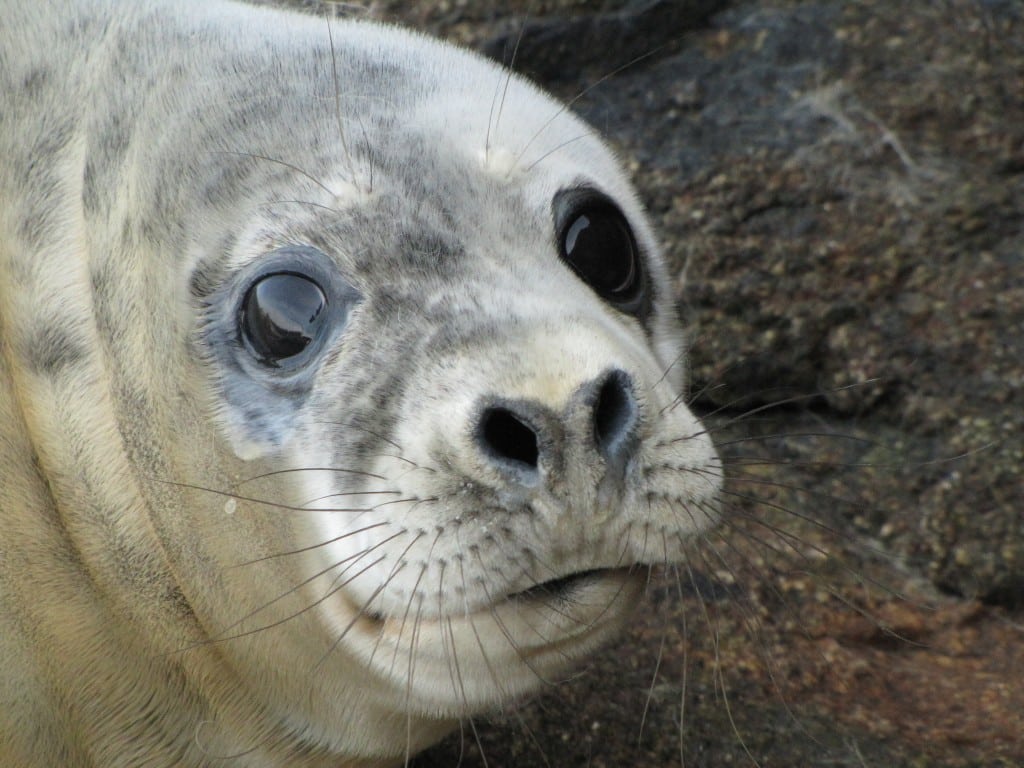 Described by Reeve as a “gorgeous corner of planet earth… home to some of the most spectacular wildlife”, Cornwall isn’t just a magnet for humans. 80% surrounded by water, the county’s connection with the sea is part of its very fabric and it is inhabited by all manner of beings, including one of Britain’s largest predators, the enormous grey seal. Yet despite the huge amount of space available to them, Cornwall’s grey seals have become yet another species to fall foul of man’s devastation.

Meeting with Sue Sawyer of Cornwall Seal Group Research Trust, a multi-award winning, evidence-based marine conservation charity, Reeve discussed the vulnerability of the UK’s wildlife and the “precarious future” of native species. Having witnessed first-hand the struggles of marine mammals, Sue explained that the biggest threats to seals, in particular, are storms, ghost fishing gear and curious tourists encroaching on their breeding and resting grounds, forcing fatigued seals to flee to sea and altering the habits of pregnant females.

One such seal who literally became caught up in one of these issues is Lucky Bunting, a female seal who was rescued in 2016. After becoming desperately entangled in lost trawl net, Bunting was spotted resting on a beach in North Cornwall and became the subject of an intense rescue operation. Fortunately, a dedicated team managed to get to her just in time, and the nets were removed from her neck, revealing a savage open wound. This lucky seal has gone onto have a happy future, even making a star appearance in the show, but other marine mammals and birds are not so lucky with 130,000 dying each year in ghost nets. 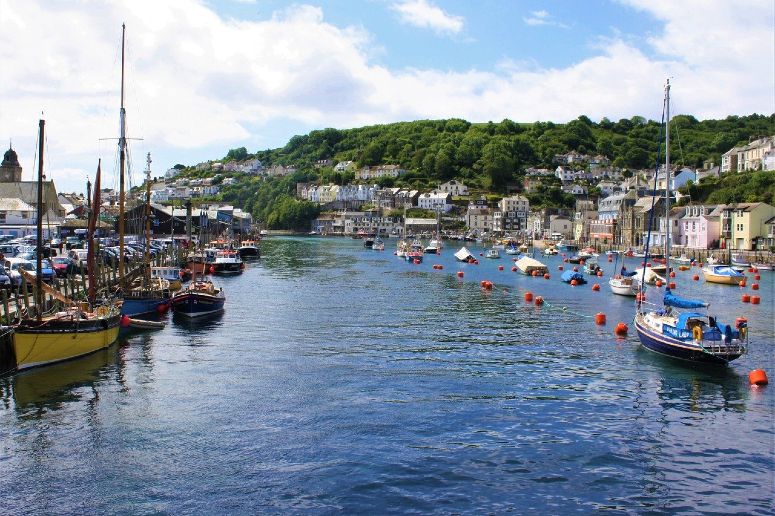 Swapping the north coast for the south, Reeve’s next destination in Cornwall was Looe. Just a few feet above sea level, the small coastal town and fishing port of Looe has long thronged with the bustle of fishermen working on the harbour and the chatter of tourists who come to appreciate the town’s seemingly idyllic setting.

With its proximity to the sea and steep topography, though, visitors aren’t the only things to whip up a storm in Looe. One of the most frequently flooded towns in England, residents of Looe are finding themselves increasingly at risk as weather patterns become more extreme. Unable to get flooding insurance, many locals like Sam Chapman, who sells crab sandwiches on the harbour, find themselves in the challenging position of fighting the elements to remain living in the town they love so dearly. 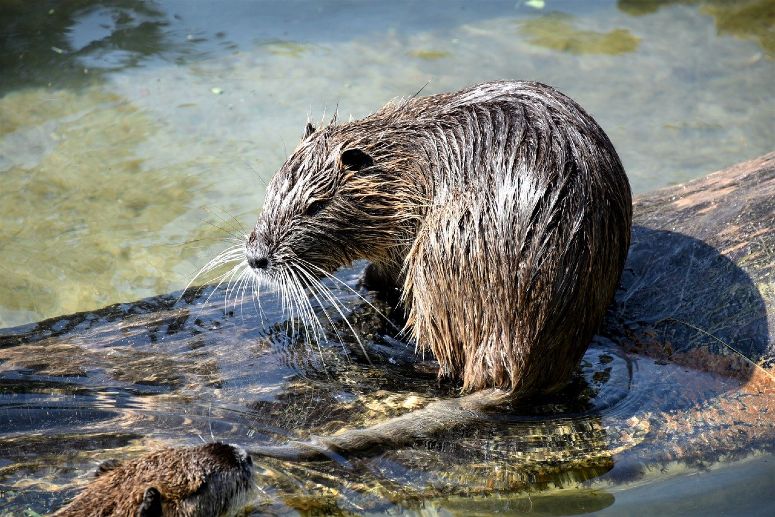 Just a few miles north-east of Truro, the village of Ladock is the site of a very interesting new project. Once made up of two little hamlets and the first premier sustainable village in Cornwall, Ladock is now home to some of the country’s first reintroduced beavers. Meeting with Chris Jones, a local farmer and ecologist, Reeve learned how Chris’ 70 acres of land were regularly flooded. Considering beavers a “natural ally and totem for change”, Chris decided to adapt to the issues of climate change and depleting wildlife numbers by working with natural solutions.

Through the beavers’ dam construction, these natural engineers filter out pollutants, reduce flooding, store water in pools for times of drought, and also create new habitats for a whole host of other wildlife species. Brining certain challenges with them, they are also the champions of our river systems and help us to create nature recovery networks. Well settled into their new Ladock home, the beavers’ progress can be followed through the Beaver Trust. 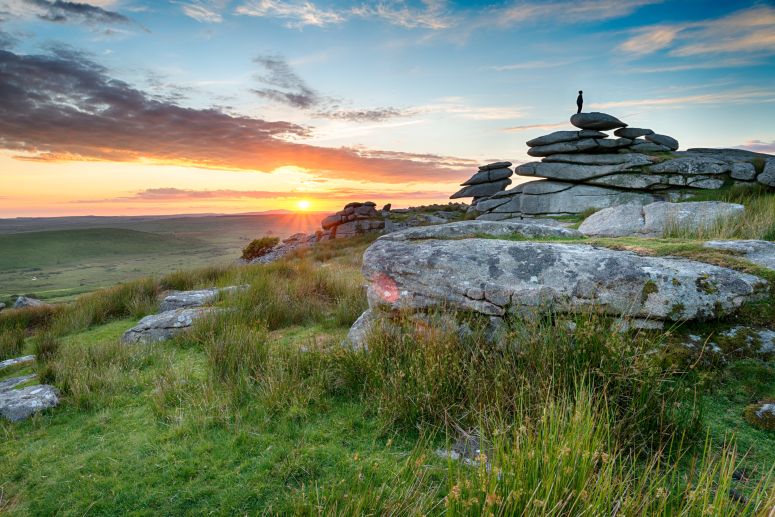 Later on in Cornwall with Simon Reeve, the presenter visited farmers trying to make their living on the demanding terrain of Bodmin Moor, which as they pointed out, often tempestuously breaks “every weather record” in a single week. Describing the reality of long nights and even longer days, alongside surprisingly low wages and competition from largescale industries, the farmers explained how demanding their profession was.

For visitors and locals alike, Bodmin Moor divides opinion, for some resembling wild “open beauty” and for others a “stripped barren land”. A “place of myth and wonder” for Reeve, there is no doubt that Bodmin Moor is full of drama though, scattered with the remains of ancient settlements and peppered with glassy lakes frequented by moorland ponies. Having attracted wanderers for centuries, Bronze Age cairns and Neolithic hut circles can still be seen strewn amongst the heather.

Back to the Ocean

Heading back to the ocean, Reeve emphasised how “Cornwall is on the frontline of many environmental problems facing the UK”. Teaming up with Natalia Paliakova of Fathoms Free, a volunteer marine conservation group conducting regular Dive Against Debris surveys in the South West, the documentary revisited the cataclysmic problem of ocean plastic. According to Paliakova and the divers – who all regularly take to the water to clear up plastic and ghost nets – 640,000 tons of lost fishing nets end up in our seas each year, some of which are miles long, and an estimated 14 million tons of fishing plastic now lie on our sea beds. 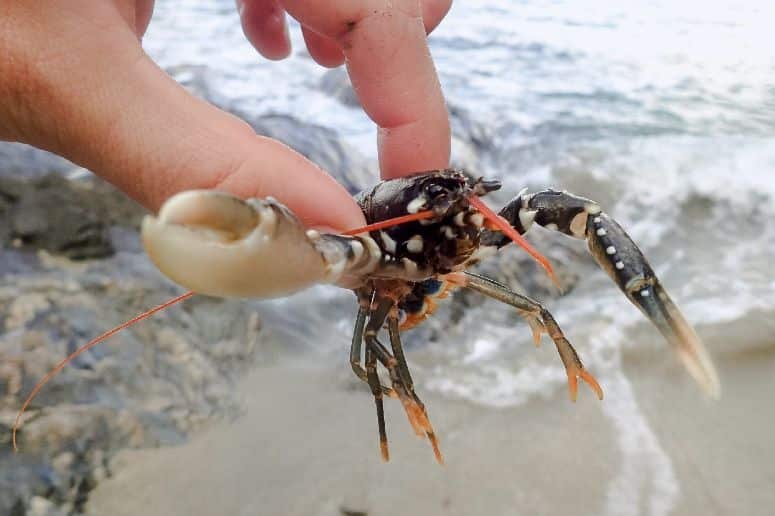 In the popular seaside of town of Padstow, Reeve met up with Dr Carly Daniels, the Research and Development manager for the National Lobster Hatchery. Based in Padstow, the marine conservation charity works with dedicated teams to increase the populations of commercial lobsters around the Cornish coast. With over 2 million lobsters caught and killed each year, their populations, like many other species, are threatened by decline, but thanks to the work of the Hatchery, 5 million baby lobsters have already been released into the seas around North Cornwall.

As Reeve conveyed the significance of these little lobsters “going back into the web of nature”, the importance of the charity, and many others like these, was not lost. A vital part of our natural ecosystems and local industries, the loss of these beautiful lobsters would have devastating consequences for both the environment and the economy. Not only a culinary delicacy but real, breathing beings with dynamic lives of their own, Reeve marvelled at their amazing quirks, with their copper-based blood, ability to taste with their feet, three stomachs, and their somewhat alarming talent of amputating their own limbs as a defence mechanism! 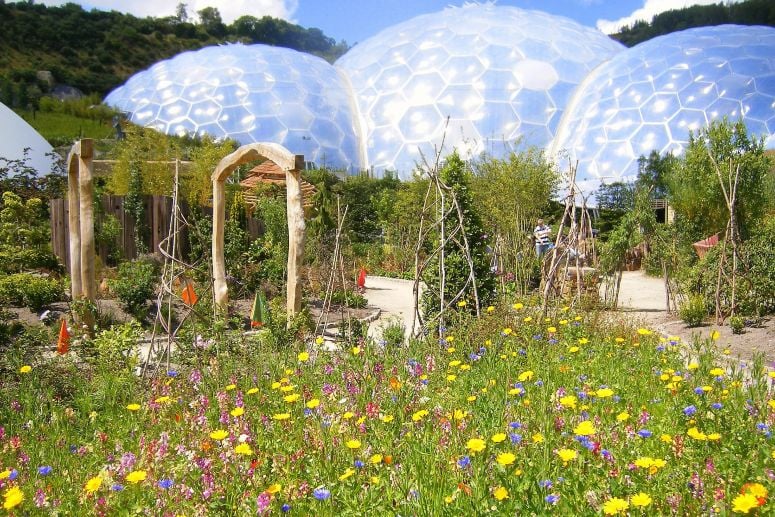 After a brief conversation with Philip Warren & Son butchers near Launceston which highlighted the growing demand for quality over mass-produced meats, Reeve’s final destination was the Eden Project in Bodelva. Here he met with co-founder Sir Tim Smit and was introduced to students measuring CO2 in the soil, or as Reeve put it, measuring “the way the earth breathes”. Discussing how the UK had become denuded of wild spaces, Sir Tim stressed the importance of a new green generation and the role that education has to play in shaping a sustainable future for all.

It is believed that 90% of our seas across the globe are fully or over-exploited and millions of marine species are adversely affected by marine traffic, pollution, overfishing and ghost nets. With the UK currently ranked 189th in the world for wildlife, 50% of its wildlife species are in decline and 1 in 7 are facing extinction. If we do not begin to change the way we see, think and behave, our wildlife species will be continuously diluted and our futures bleak without them.

If you’ve been inspired to visit Cornwall after watching Cornwall with Simon Reeve, then check out the wonderful holiday properties we have available to rent in beautiful locations in and near Padstow.